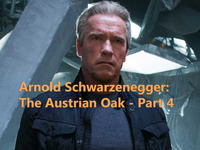 Schwarzenegger won the 2003 election for Governor of California very convincingly. Out of the 135 candidates on the ballot, he won 48% of the vote. His closest opponent, Cruz Bustamente, won 31% of the vote. Arnold benefited from his ubiquitous name recognition. He was able to leverage his fame to avoid appearing in all but 1 of the pre-election debates.

The media had a field day with the injection of Arnold into the race. Media outlets dubbed him “The Governator” and called the recall election “Total Recall” (after one of his most famous films). Schwarzenegger also made history in that he was the first foreign-born person to be elected Governor of California in well over one hundred years. Additionally, he was only the second person in California state history to hail from a foreign land and ascend to the ranks of the chief executive of the state.

He won the Governor’s race by 1.3 million votes. It was a clear mandate from the citizens of California for change from the current status quo of The Golden State. Obviously, there were historic levels of discontent throughout the state. The question at hand was how the myriad problems that he chose to inherit could be solved by his powers as Governor. He had never run for public office before and had only a rudimentary understanding of the political machinations that he was about to helm. Stewardship over the state of California would be a challenge, to say the least. However, as we have seen, Arnold was never one to shy away from a challenge.

Arnold had a record high 89% approval rating when he assumed the office. Schwarzenegger’s flair for show business came to fruition in his dealing with the Democratic opposition to him. He chided these opponents with taunts like “girlie men”.

His first legislative outings were successes. He repealed vehicle registration fees that many Californians felt were excessive and he stopped illegal immigrants from being able to obtain driver’s licenses. After these victories his opponents rallied together to put a stop to much of his legislative agenda. He placed 4 measures on special election ballots that were roundly defeated. Being that he assumed the gubernatorial post in the midst of Gray Davis’s term, he had very limited time to make a good impression on the people of California before the next election. He sought to increase his chances of winning the 2006 election by reaching across the aisle and having a Democrat, Susan Kennedy, become his Chief of Staff.

His strategy worked and he was reelected on November 7, 2006 by another wide margin. He won 56% of the vote while his closest competitor, Democrat Phil Angelides, won 38.9% of the vote. His vote count exceeded Angelides’s vote count by over 1 million.

Though his political identity skews to the right, Schwarzenegger has embraced causes that have been historically associated with the political left. One of the most prominent of these causes has been the environment. In 2006, he championed the cause of taking concrete steps toward tackling the problem of global warming. 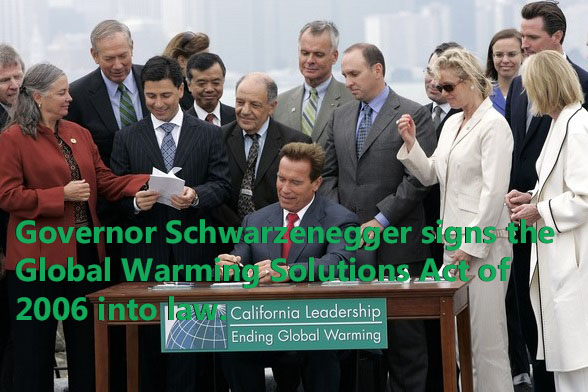 California has been acutely affected by this issue. Sea levels along the coast of the state have risen an approximated 7 inches in the past one hundred years, according to a report by the National Climate Assessment. This rise threatens hundreds of thousands of people that make their homes in communities along the coastline.

The excess saltwater threatens to seep inland and contaminate California’s groundwater, a resource that is in very short supply. California is suffering from an historic years long drought. As a result, wildfires have become more virulent. Property damage from these fires compounds every year; thus forcing many people from the only homes that they have ever known.

California has the most polluted air in the United States. As a result, the state has instituted the most stringent air quality standards in the entire country. According to the American Lung Association; of the 7 top regions for ozone pollution in the U.S., 6 are in California. The smog above Los Angeles has been world famous for some time. An increase in temperature will only make their air pollution problems much worse. 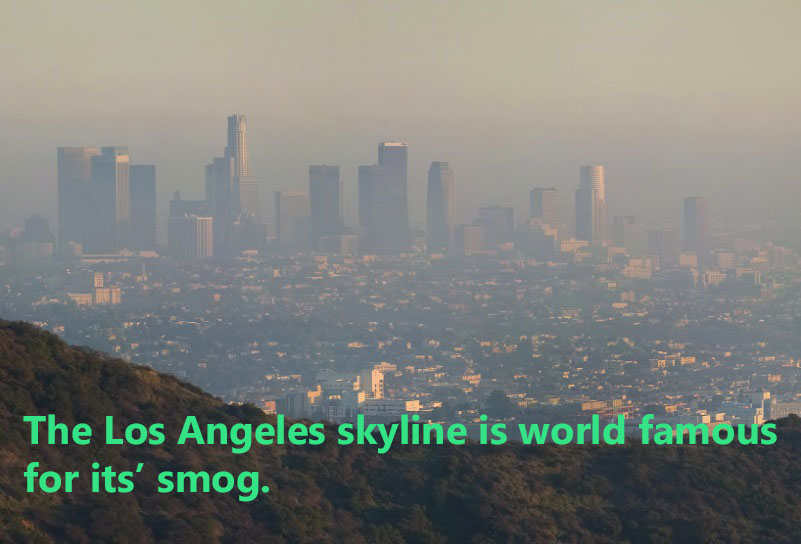 Other problems include increasing pathways for the spread of diseases like Valley Fever and the potential extinction of 82% of the state’s native fish species. California has suffered from a dramatic decline in the fish population for some time. Most of the fish native to the state are cold water fish. With the rise in water temperatures has come a decline in native marine life.

Due to these ongoing crises, Governor Arnold Schwarzenegger signed the Global Warming Solutions Act of 2006 into law. This sweeping legislation addressed strategies for decreasing the amount of pollutants that were degrading California’s air dramatically by the year 2020. One of the more controversial strategies outlined in the plan was support of Cap-and-Trade measures. Cap-and-Trade places strict limits on the total greenhouse gas outputs of industry. Being that Carbon Dioxide that is produced by manufacturing processes spreads globally, these initiatives are only effective when the companies responsible for these outputs take collective responsibility for lowering their contribution to the problem.

The system rewards companies that limit their emissions but allows companies that find it difficult to meet the standards to buy allowances from entities that have reaped the benefits of reducing their carbon footprint. In that way, the responsibility is spread out across industries.

Schwarzenegger’s wholehearted support for these environmental initiatives were in direct opposition to the platform embraced by the Republican National Congress. Cap-and-Trade is incredibly unpopular with the vast majority of Republicans across the United States. Despite his party affiliation, “The Governator” showed his willingness to blaze his own trail.

Like most of the United States, California experienced very fierce economic headwinds during The Great Recession. Governor Schwarzenegger’s approval plummeted during this time. By the time his 2nd term ended; on January 3rd, 2011 (California has a 2-term cap on its’ Governors), his approval rating was an abysmal 23%.

It should be noted that due to the massive wealth that he already possessed from his acting career and numerous business ventures, Schwarzenegger declined the California Governor’s then-$175,000.00-per-year salary during his entire tenure as head of the state.

In 2011, after Schwarzenegger’s Governorship had ended, Maria Shriver approached him with some devastating information that she wanted him to confirm. She asked if their newly retired household employee; Mildred Patricia Baena, who had been employed at the Schwarzenegger household for 20 years, had given birth to a son that he had fathered. The birth took place in 1997 and the boy was now 14 years old. She had long suspected that he was Arnold’s child. She was now confident enough about the boy’s true father that she approached her husband for the truth. The source of her information remains unknown. By all accounts, the young man bears a strong resemblance to Arnold. 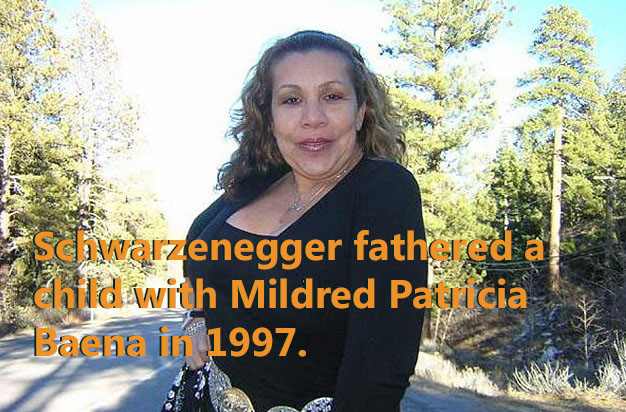 Schwarzenegger confirmed that he was indeed the father of the child. Maria Shriver promptly moved out of their mansion. The couple had been married for 25 years at that point. To this date, they have not reconciled. Although they have yet to formally end their relationship with a divorce.

Return to the big screen 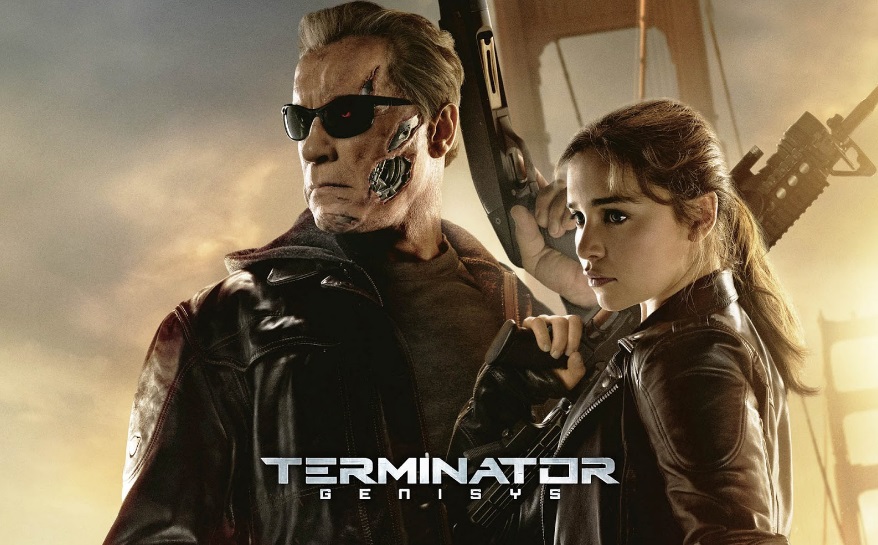 In 2015, Schwarzenegger revived his role as The Terminator in Terminator: Genisys. The film was panned by critics (personally, I enjoyed it) and under-performed at the North American Box Office. It did well enough internationally to justify a sequel. The movie is the first of a planned trilogy of new Terminator movies.

Arnold Schwarzenegger is an incredibly accomplished professional bodybuilder, entrepreneur, real estate mogul, actor, politician and philanthropist. He has led a truly remarkable life. He came from very humble beginnings in Austria to rise to the peak of prominence in several fields in his adopted country, The United States of America. He is one of the most recognizable people in the world. Tales of his ascendancy to the elite ranks of bodybuilding have inspired countless millions to take responsibility for their own physical fitness. His elite level work ethic and unflappable self-belief are an example to everybody; if you believe in yourself and work hard for your goals, then you can succeed past your wildest imaginings.  He is the living embodiment of that ideal. 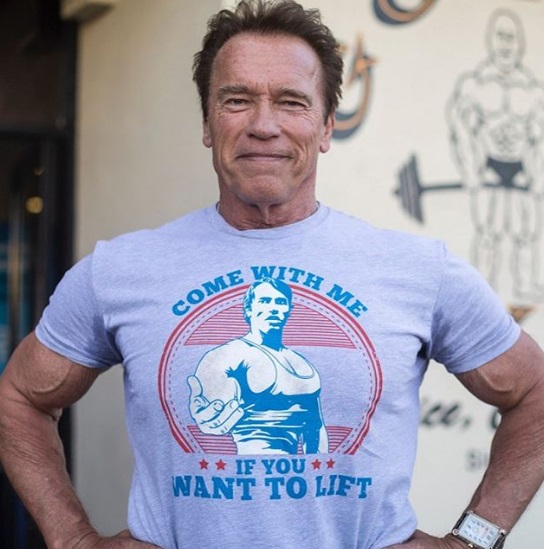 I wrote about Arnold Schwarzenegger not only because he had a gap between his 2 front teeth in his younger years (although that physical feature is consistent with the majority of our spotlights on famous people); I wrote about him because he is a truly remarkable man and a person that we could all learn an enormous amount from. His latest mantra is “Come with me if you want to lift”. His story is nowhere near its’ end. Like legions of people around the world, I will be interested to see what the next entry in his real-time biography will be.