During the Civil War, dental health in the United States was poor. A prominent portion of the physical examination that prospective soldiers underwent to ensure that they met the physical requirements to fight was their dental examination.

Initially, the examination was given to determine if a soldier had the teeth necessary to break down foods for consumption. As time went on, it was apparent that many conscripts had never had any dental treatment whatsoever. Recruits that were missing all of their front teeth, or an entire row of teeth on either side of their mouth, were rejected.

The reason for the requirement of soldiers to have all 6 of the teeth in the top and bottom front row of their mouths was not just to ensure that they could eat, it was also so that they could bite off the end of a powder cartridge when in battle. 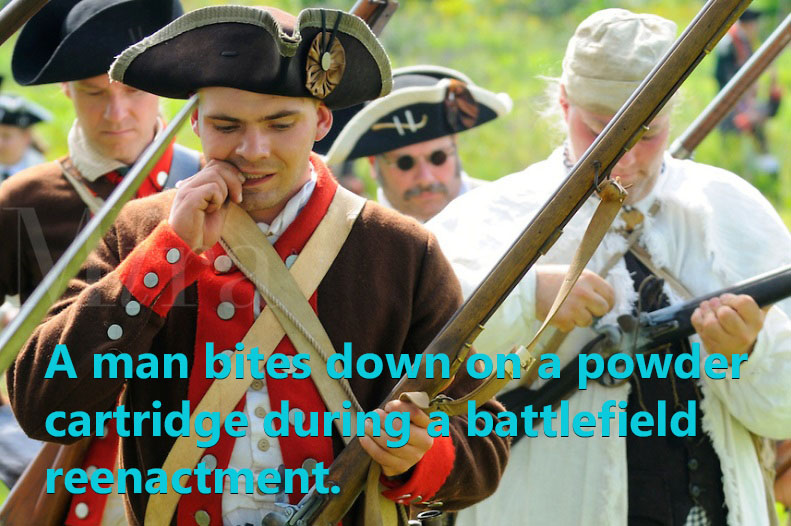 (In the picture above, a man in a war reenactment exhibition bites off the end of a powder cartridge in preparation for placing the cartridge in his musket.) 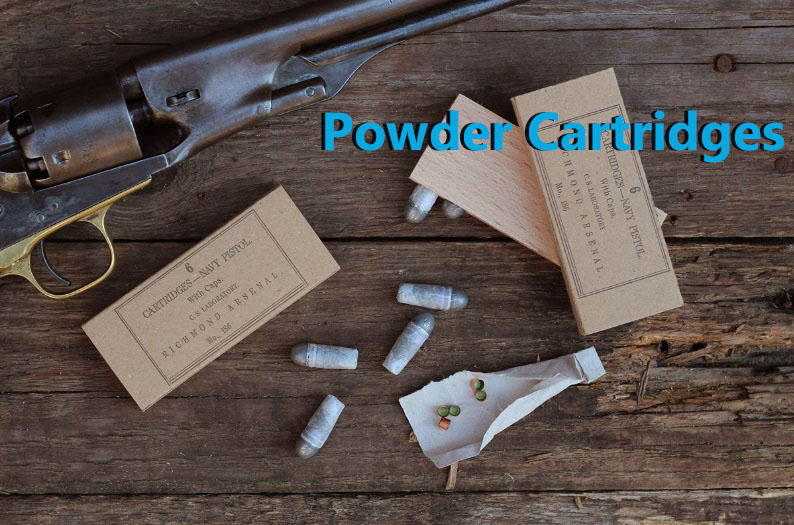 The vast majority of Civil War soldiers died from disease, not bullets:

Of the 620,000 soldiers that perished during the U.S. Civil War, 66% died from diseases that were not related to battlefield wounds. As a matter of fact, the single greatest killer during the Civil War was dysentery, not bullets. 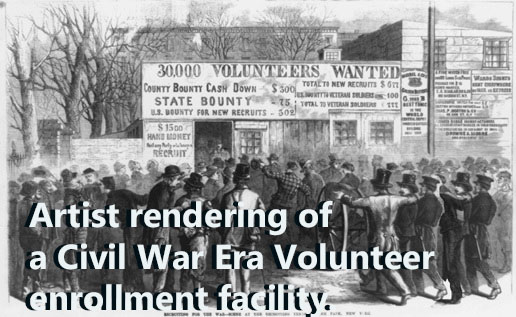 During the Civil War Era, the general population did not fare well in terms of dental health. The introduction of foods with a high content of refined sugars and diets that consisted of fresh (rather than salted) meats caused widespread tooth decay across the land. 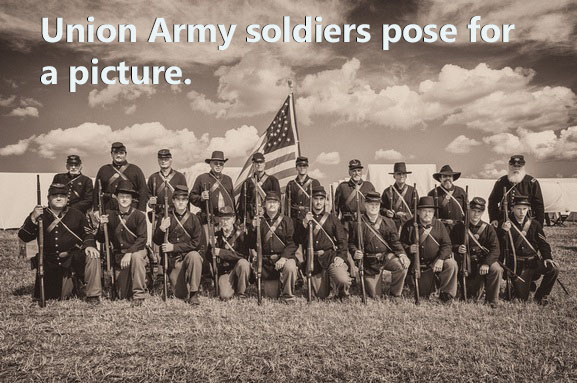 Dental Health was held in such low regard that the United States Government did not even supply their soldiers with toothbrushes. In the unlikely event that a Union soldier received dental care at all, they would have to pay for the services of a dental professional on their own. Through coincidence, some soldiers were lucky enough to have licensed dentists that would treat them within their battalions. These dentists performed these services on their own time and were not admitted into the military ranks to practice dentistry.

Some soldiers carried SS White Tooth powder in their satchels. 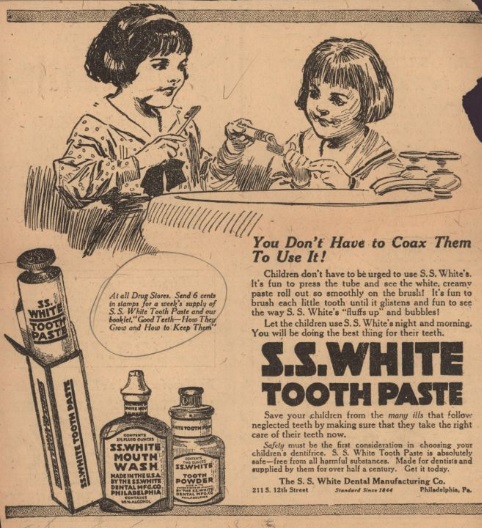 The inventor of this product, Dr. Samuel Stockton White, was also the head of the American Dental Association during the war. Such was Dr. White’s concern about the dental health of Union soldiers that he met with President Abraham Lincoln to discuss the issue. Unfortunately, no progress toward improving dental health care for Union soldiers was produced in that meeting.

Without so much as a tooth brush to clean their teeth with, soldiers had to resort to primitive measures to care for their oral hygiene. They used chewing sticks, leaves, their own fingers, salt and whatever rag cloths were available to keep their teeth clean.

Humans have been using chewing sticks to care for their teeth for thousands of years. Today, the practice of using a chewing stick for oral hygiene is still in existence in the more impoverished regions of the world. There are several trees that are noteworthy for providing sticks that are proficient at cleaning teeth:

Civil War soldiers that were from the more rural wooded areas (rural relative to the population of the time) of the country were probably bequeathed with the knowledge of what trees to use to care for their teeth from their elders.

The Union Army’s War Department outright rejected any proposals brought forth for a Dental Corp in their military ranks. This despite the fact that Dentistry had gained a measure of prestige in the decades leading up to the Civil War. 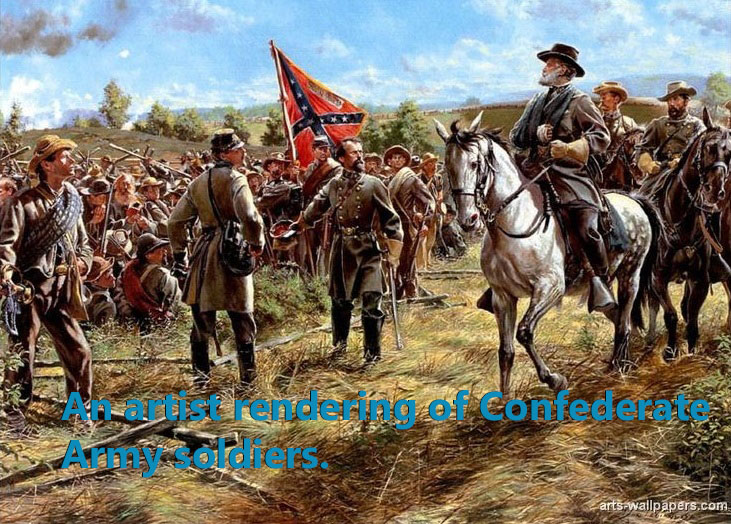 The Confederate Army had a dental program. The Confederacy was obviously far more concerned with the dental hygiene of their soldiers than the Union Army was. Confederate soldiers were supplied with toothbrushes.

In January 1864, the Confederate Army conscripted dentists into their ranks. Dentists were normally called hospital stewards. There is some evidence that dentists acted in other medical capacities as well. They were known to fill cavities, clean teeth and perform extractions as would be expected. In a precursor to the Oral and Maxillofacial Surgery profession of today, dentists were known to set broken jaws and mend structural injuries in the broader facial region of their patients.

As was previously stated, the United States Government did not see cause to provide toothbrushes for their soldiers.

The Confederate Army issued toothbrushes as standard issue equipment to all of their conscripts. The toothbrushes of the day were not the mass manufactured variety that we enjoy today. Toothbrushes were hand made at that time. This made them far more valuable than their present day counterparts. This also made them more difficult to replace. 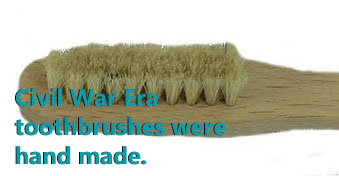 Many soldiers lost their teeth due to the lack of available nutritious foods. Lack of nutrients has a direct effect on the health of teeth. The disease responsible for claiming the teeth of multitudes of soldiers during this time was scurvy.

Scurvy is caused by a lack of Vitamin C. Without Vitamin C, gums become spongy. This results in teeth becoming loose and eventually falling out. Being that there was not an abundance of professional dental health care offered to soldiers, the development of scurvy went on to have devastating effects on the oral cavities of those stricken with the illness.

Extremely poor hygiene, unsanitary environments, overcrowded living areas, mosquitoes (and a dizzying array of other bugs), lack of understanding in the medical community about how germs are spread, diseases transmitted through intimate encounters and dirty water all combined to take the lives of the majority of soldiers that fought in the Civil War.

The focus on fighting at the expense of any meaningful efforts at tending to the basic physical needs of the soldiers is responsible for the vast majority of casualties in the United States Civil War. Perhaps that is why, to this day, the Civil War is the conflict that resulted in the highest number of lives lost among all the armed conflicts in the history of the United States of America.  Modern military organizations are very aware that the infrastructure needed to support the fighting force must be larger and more layered than the fighting force itself. 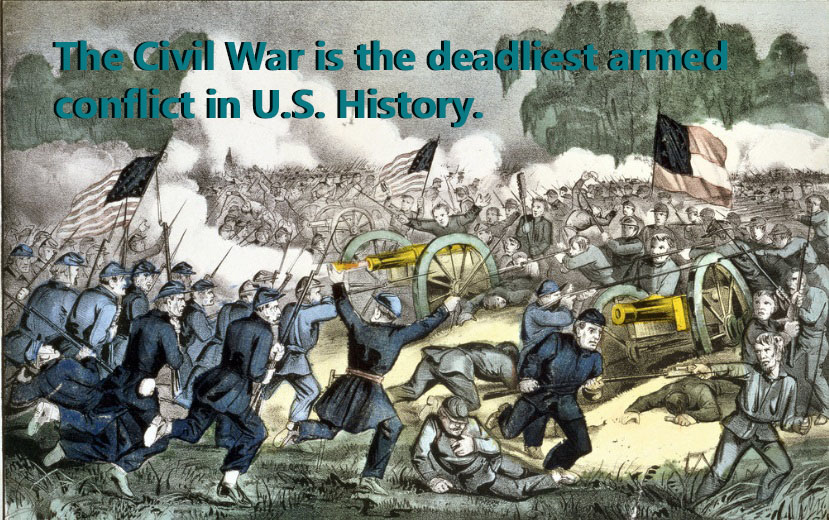