Regular exercise is a key component to living a long and healthy life. According to research conducted on over 650,000 people by PLoS medicine, as little as 10 minutes of exercise (that includes moderate walking) per day can extend human lifespan by 2 years. More rigorous workouts extend life span much farther. 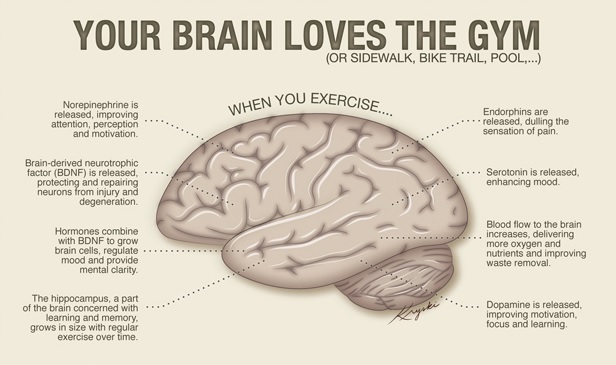 People that exercise before they take I.Q. tests have been shown to increase their I.Q. scores. Exercise increases creativity, the ability to relax during downtime, assists in regulating addictive behaviors, improves memory, provides more robust brainpower, reduces stress, is preventative against cognitive decline due to aging and releases endorphins that cultivate feelings of euphoria. 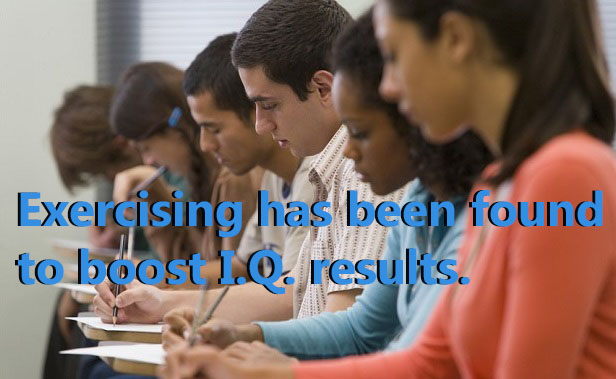 With all of the incredible benefits of exercise there also come potential risks. If a person is not healthy enough for exercise and chooses to embark on a rigorous exercise routine without the consultation of a Doctor then they may put their overall health at great risk.

Consultation with a Doctor before taking up a regular exercise routine is recommended for anyone that meets any of the following criteria:

In addition, if you have any jaw, neck, leg, arm or chest discomfort while performing physical activity you should see your doctor as soon as possible. These can be symptoms of an impending life threatening event such as a heart attack or a stroke.  The type of discomfort in your limbs that would be a cause for concern for your overall well being would fall outside of the normal soreness that you would expect from doing certain types of exercises (weight bearing exercises, for instance). 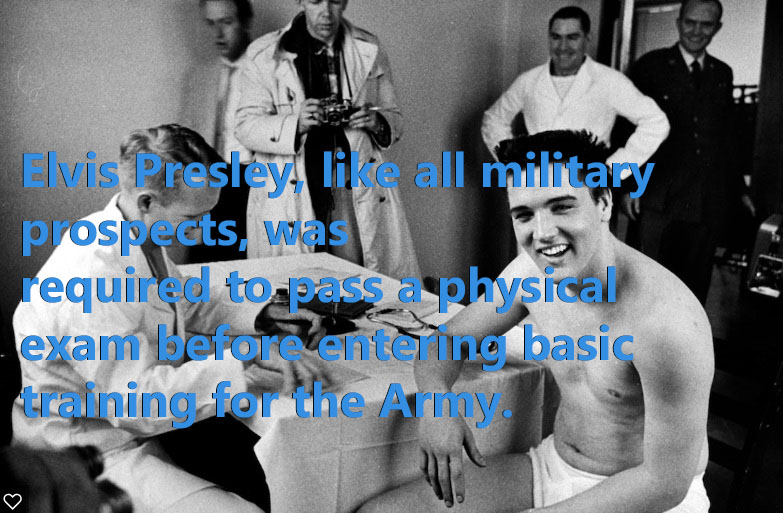 Routine exercise also comes with the risk of injury. For instance, distance runners run the risk of developing stress fractures or shin splints. People that routinely engage in resistance training can cause damage to the connective tissue (a rotator cuff impingement, for example) in their joints if they are not careful. Most exercise injuries can be avoided by warming up before exercising and varying exercise routines so as not to continually burden the same body parts in the same way on a regular basis. 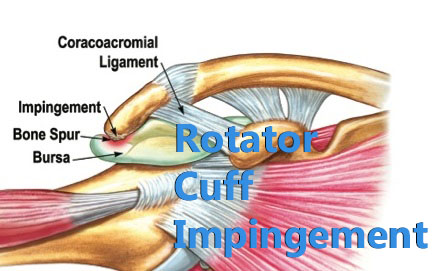 As we have seen, for the vast majority of the population exercise is a fantastic lifestyle choice to transition into. Though there are positive outcomes from exercising regularly, there are potential negative results that can arise as well.

The Scandinavian Journal of Medicine & Science in Sports found that though heavy exercise is great of our overall health, it can have the opposite outcome for our teeth. Athletes that operate at the highest echelons of their practice have a much greater risk for tooth decay and cavities than the general population.

When comparing the saliva of triathletes with non-athletes of the same number, age and sex some unexpected results were observed. 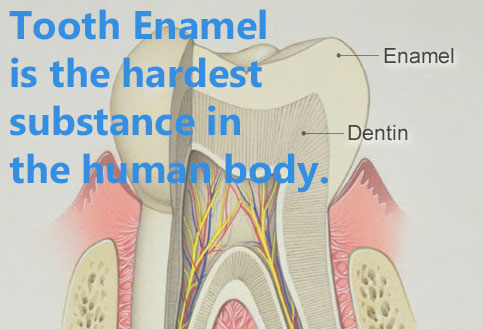 The more time that athletes invested in their workouts the more likely that they were to have cavities. Saliva was collected from both groups and examined. The evidence lead the researchers into uncharted territories.  2 primary culprits were found to be responsible for the enhanced tooth decay found in the athlete population.

Breathing with an open mouth:

When a person is engaged in vigorous exercise it is only natural that they breathe through their oral cavity as the body’s demand for oxygen greatly increases when it is being challenged through intense physical activity. Though the increase in oxygen is necessary, the natural tendency of humans toward breathing through the mouth during exercise is harmful to teeth. The repetitive breathing dries the mouth out and decreases the amount of saliva available to protect the teeth. Saliva is of paramount importance to dental health. Without saliva, our teeth would erode in short order. The more time that an athlete spends working out, the more time that their mouth will experience dry conditions and expose the teeth to corrosive forces. 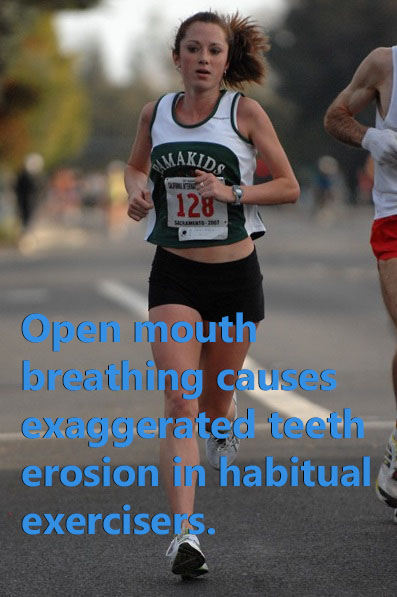 A solution to open mouth breathing is to develop the ability to breathe through your nose while exercising. In the 1950s, a Russian physician named Konstantin Pavlovich Buteyko developed the Buteyko Method. This method emphasizes the constant application of nasal breathing, even during periods of intense physical exertion. This method has proven to have many health benefits for its’ practitioners. It protects and strengthens the lungs. Nasal breathing is protective of our airways and warms, cleans and humidifies the air that enters our bodies. The humidification process and the lack of exposure to mouthfuls of air due to the strict use of nasal channels while breathing prevents the loss of saliva during exercise. 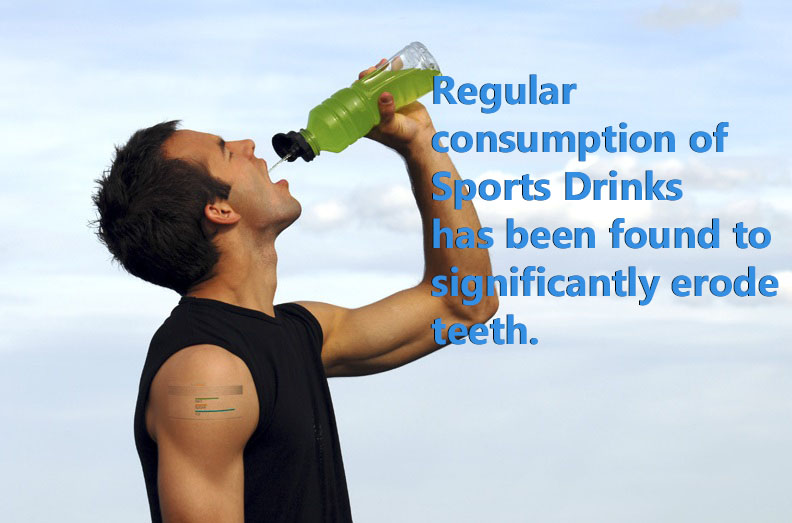 The ever popular sports drinks that athletes use to rehydrate their bodies and replace lost electrolytes have very negative effects on oral health. Poonam Jain, BDS, MS, MPH, (the leading author of the research) says that people that use these products are “bathing their teeth with acid”.

Less than a week of once daily consumption of these drinks leads to tooth erosion. If these drinks are to be consumed at all, they should be consumed in as few gulps as possible (as opposed to taking a large number of small sips).

The good news is that the exacerbated incidence of tooth erosion observed in elite level athletes that routinely engage in intense training is not due to the exercises that they perform, but rather due to the things that these athletes do to replenish their oxygen, liquid and electrolyte supplies in response to their exercises.

By learning to adhere to strict nasal breathing and limiting (or eliminating) the amount of sports drinks that are consumed the elevated amounts of dental erosion observed in upper echelon athletes can be brought down to the same levels that the rest of the population experiences. This, coupled with good oral hygiene practices, will completely negate the negative oral health consequences that can come from regular rigorous physical training.