What is forensic science?

Forensic Science is a branch of the sciences that employs science for applications in criminal and civil law. The word “forensics” can be used interchangeably with the term Forensic Science. Another term made popular by television and film entertainment for Forensic Scientists is Crime Scene Investigators (CSI). 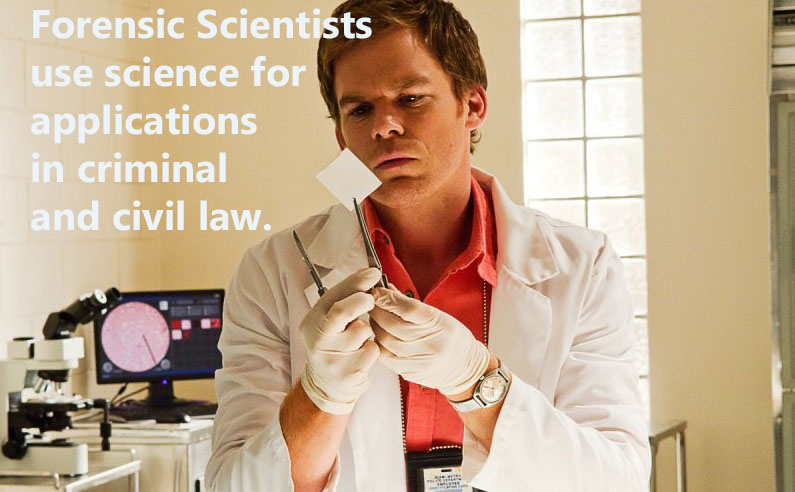 Forensic Science rose to prominence as a result of law enforcement having to depend entirely upon witness testimony and confessions. Eyewitness testimony has been proven to be highly unreliable. Human beings often have a perception of an event that diverges significantly from what actually happened, especially in times of duress.

Confessions can be coerced. Unfortunately, there have been police officers convicted of coercing confessions out of suspects through the use of torture. In the city of Chicago, Illinois suspects were tortured routinely in a practice that began in 1972 and continued until the early 1990s. These torture practices occurred under the aegis of the Chicago Police Department in a program executed by former police commander Jon Burge. 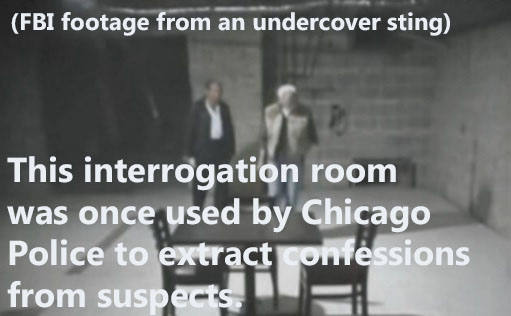 Science is the search for truth. Scientific evidence is objective. It holds no agendas and presents conclusions with no filter. Humans interpret the results. Although humans are prone to make mistakes, the use of science as the basis of analysis exponentially reduces instances of incompetence, negligence, falsified evidence and error that can result in wrongdoers escaping justice and innocents being wrongfully convicted. The ethical application of the scientific method will meet the most rigorous standards and produce remarkably reliable outcomes for successful analysis of crime scene evidence.

When was bite mark analysis first accepted as a legitimate branch of forensic science?

Forensic Dentistry is commonly used to identify the remains of human beings. It can be used to identify whole or dismembered physical remains. Matching dental records with the deceased provides reliable positive identifications because every person has teeth with characteristics that are unique to that respective individual.

Like Forensic Science, Forensic Dentistry is applied to the fields of criminal and/or civil law.

Forensic Dentists use Dental Radiographs (x-rays) to identify unique structural markers in tooth and jaw specimens for the purpose of firmly establishing the identity of their subjects.

(Perhaps the most famous application of Dental Radiographs is in the examination of King Tut’s oral cavity. A virtual autopsy was performed on the long deceased young king in 2014. It was found that King Tut was born of an incestuous relationship between a brother and sister (which could likely have resulted in hormonal imbalances that may have led to his early death). He also had feminine hips, a club foot and buck teeth.)

These identifying markers can be used to assess bite mark injuries by matching the injury to the teeth of the offending individual.

The first high profile cases in the United States to feature Bite Mark Analysis prominently were the Salem Witch Trials. In 1692, judges presiding over that case accepted bite mark evidence against defendant Reverend George Burroughs. He was accused of practicing witchcraft and being an agent of the devil. Reverend Burroughs was convicted of these crimes and summarily executed. It should be noted that 2 decades later he was posthumously exonerated by the state. His airs were compensated for the miscarriage of justice that led to his execution. 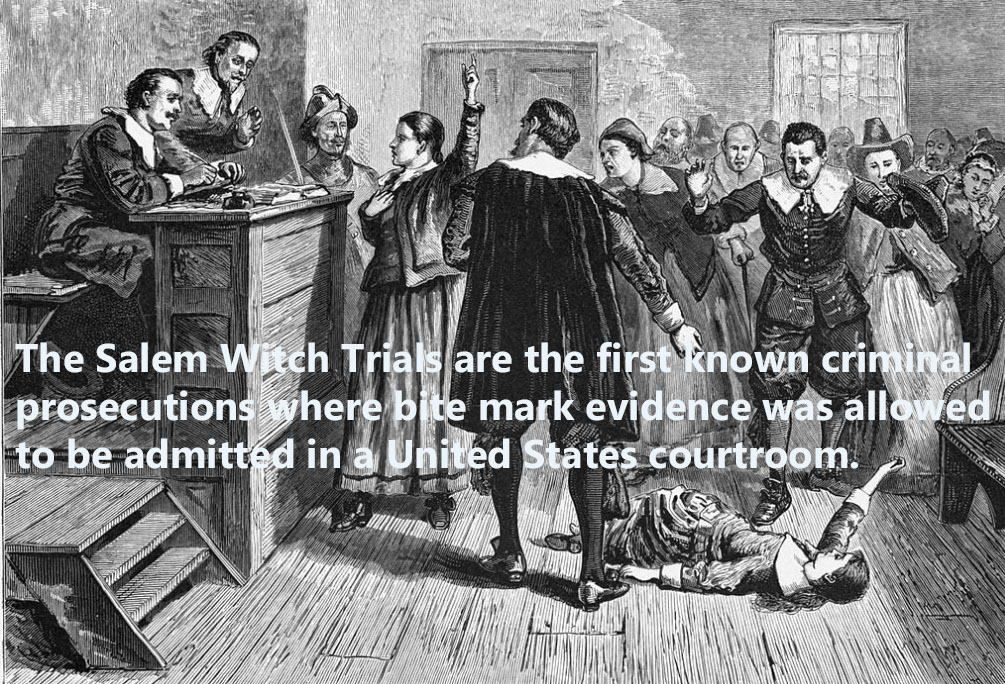 In modern times, the most famous case in the United States to rely on bite mark evidence was Bundy v. Florida. 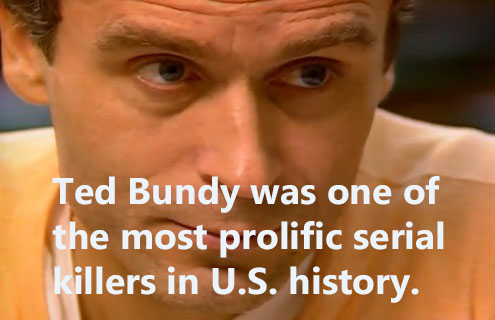 From 1974 to 1978, Ted Bundy is thought to have murdered 30 to 100 college aged women in the states of Colorado, Utah, Washington and Florida. Before his execution in 1989 he confessed to the murders of 30 young women. Although many in law enforcement believe that his true victim count was much higher.

Ted Bundy was captured in Florida after committing 3 brutal assaults and 2 murders against 5 young females at Florida State University’s Chi Omega sorority house and a nearby apartment complex on January 15 th, 1978.

Ted Bundy left very little physical evidence at his crime scenes. However, at the Chi Omega sorority house one of the deceased victims was found to have a double bite mark on her left buttock. This bite mark was well preserved because it was administered postmortem.

Ted Bundy’s case brought Bite Mark Analysis into mainstream public knowledge. It is regarded as a water shed case for Bite Mark Analysis as it was able to show that this field was a credible and useful tool for Forensic Scientists to add to their toolkit.

However, there have been cases where bite mark analysis has led to the conviction of innocent people.

Bite Mark Analysis is known to have led to the wrongful convictions of several people.

One such instance is the case of Ray Krone. Ray Krone was convicted of murder as a result of bite mark evidence left on a female victim. Later, DNA evidence proved conclusively that the bite mark was not left by Mr. Krone. The DNA was found to come from another man who was subsequently convicted of the crime. Mr. Krone was released from prison. 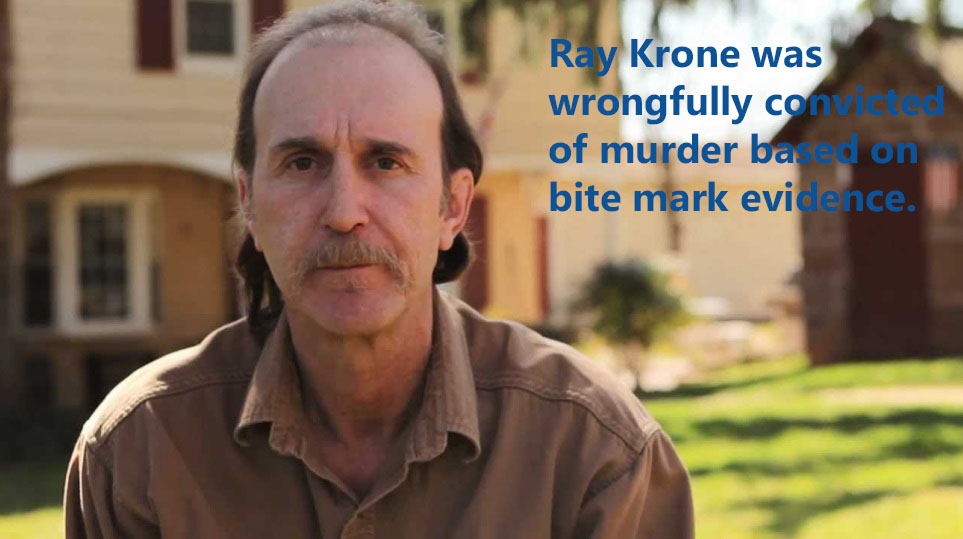 In New Jersey in 1995, Gerard Richardson was sentenced to 30 years in prison after being wrongfully convicted for the murder of Monica Reyes, a young lady who was only 19 years of age at the time of her untimely demise. His conviction came about as a result of bite mark evidence. He served 18 years of that sentence before he was exonerated by DNA testing in 2013. 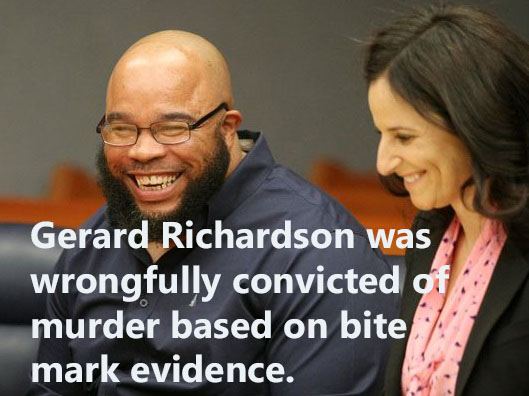 Bite Mark Analysis has come under increased scrutiny in recent years. In early 2016, the Texas Forensic Science Commission went so far as to recommend that bite mark evidence not be used in any criminal cases due to a lack of confidence in the scientific basis of the practice.

The Chicago Tribune ran a series of investigative reports entitled “Forensics under the Microscope” in which journalists uncovered the fact that the rate of error in bite mark analysis is not known in the forensic field. This is a remarkable finding due to the fact that establishing a rate of error is an essential part of the scientific method.

The examples of faulty results being provided by bite mark analysis cited in this article are not unique. Those instances represent the tip of the iceberg in terms of the known wrongful convictions.

The practice of bite mark analysis has definitely earned the controversy that has come upon it in recent years. Many forensic professionals consider it a pseudoscience at best. As the field of criminal justice continues to use scientific tools to advance the cause of justice, bite mark analysis has a realistic possibility of being dispatched from the Crime Scene Analysis toolkit in the near future.