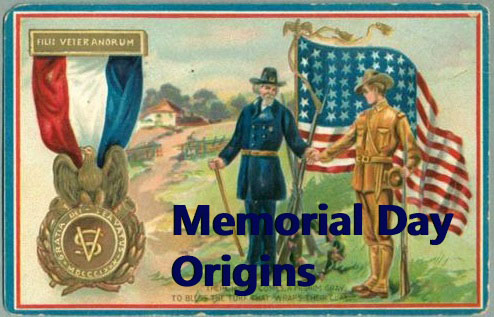 Memorial Day was originally known as Decoration Day. This is because people would decorate the graves of soldiers with flags and flowers on this day. 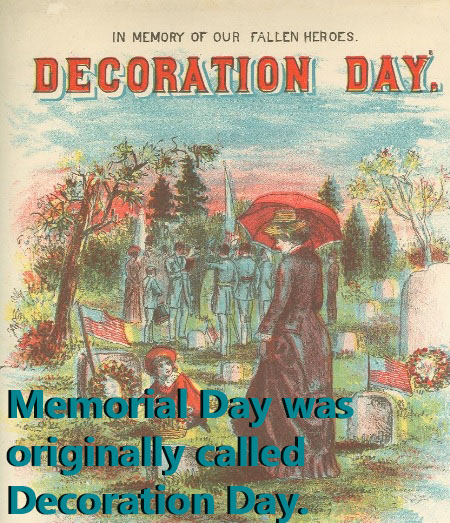 According to the Department of Veterans Affairs, there are dozens of U.S. cities that claim to be the birthplace of the Memorial Day Celebration. Scholars, academics and history buffs in each of their respective cities have vehemently disputed the claims of other cities in that regard. However, there is only one place that is officially recognized by the United States Government for being the true birthplace of Memorial Day. 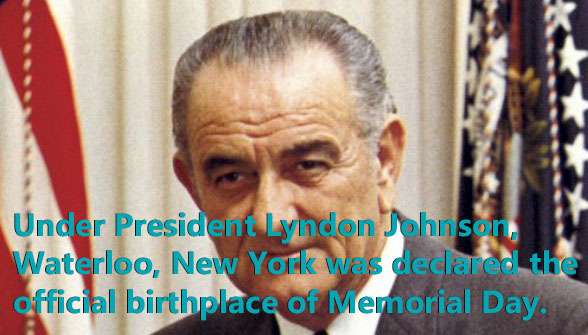 The Eighty-ninth Congress granted official recognition of the birthplace of the observance of Memorial day through House Concurrent Resolution 587. This resolution stated that on the 100 th anniversary of the holiday that the United States Government officially recognized the city of Waterloo, New York has having the first Memorial Day (then called Decoration Day) observance on May 30, 1996.

Waterloo, New York was granted this distinction not only because they staged a yearly event, but also because they took the holiday so seriously that they closed businesses and tended to the graves of the fallen.

However, this official governmental recognition has not settled the dispute. Different criteria have been used by different townships in their determinations of what constitutes a real Memorial Day celebration. 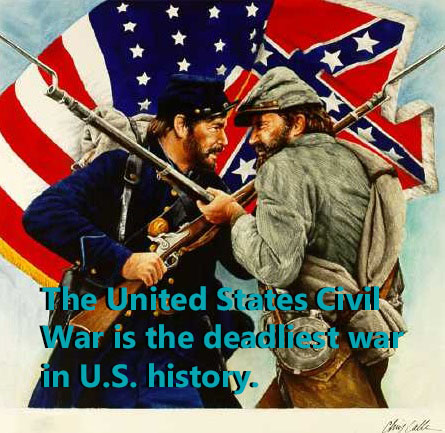 The United States Civil War is, by almost all accounts, the most pivotal point in the history of the United States.  As many as 750,000 people lost their lives in the war.  Contrary to popular belief, the overwhelming majority of people that perished as a result of the war died from sicknesses and physical injuries that were not sustained as a result of direct engagement with the enemy on the field of battle.

All throughout the country’s churchyards, hamlets, villages and cities there were dead bodies strewn about. The death toll from the Civil War was so high that it necessitated the creation of the first national cemeteries in the United States. 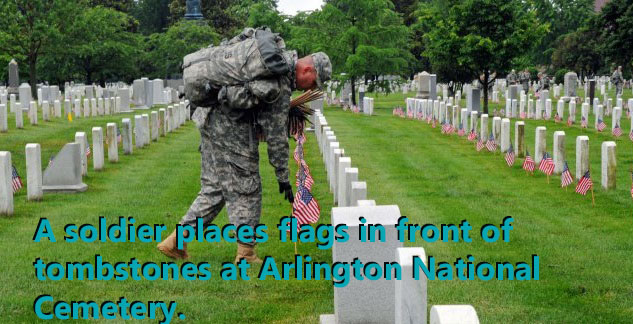 From Decoration Day to Memorial Day: The evolution toward nationwide unification of the celebration

Localities began to have their own days of commemoration independently from one another in the years immediately following the conclusion of the Civil War.

On May 5, 1868, Union Army General John A. Logan issued an order that designated May 30 th as the official yearly day of observance of Memorial Day. General Logan was the head of a Northern Civil War Veteran organization and was passionate that Civil War soldiers on both sides of the conflict receive posthumous recognition for their sacrifices on an ongoing basis. General Logan called on Americans to take time on this day to place flowers on the graves of the deceased.

Despite the bitter fighting and extremely contentious issues surrounding the war, the people of the United States acknowledged that it was necessary to come together and honor those from both sides that were lost in this tragic conflict. This was a war that pit brother against brother and a country against itself.

During the first Decoration Day, approximately 5,000 people gathered to adorn the graves of 20,000 Union and Confederate soldiers that were buried at Arlington National Cemetery with flags and flowers. General James Garfield recited the keynote speech to mark the event.

Until World War I, Memorial Day was the exclusive province of Civil War commemoration. Being that World War I was a major conflict, Americans around the country deemed it necessary to observe the sacrifices that military personnel were making at the time. This was further extended to encompass those that lost their lives in all conflicts that the United States participated in. 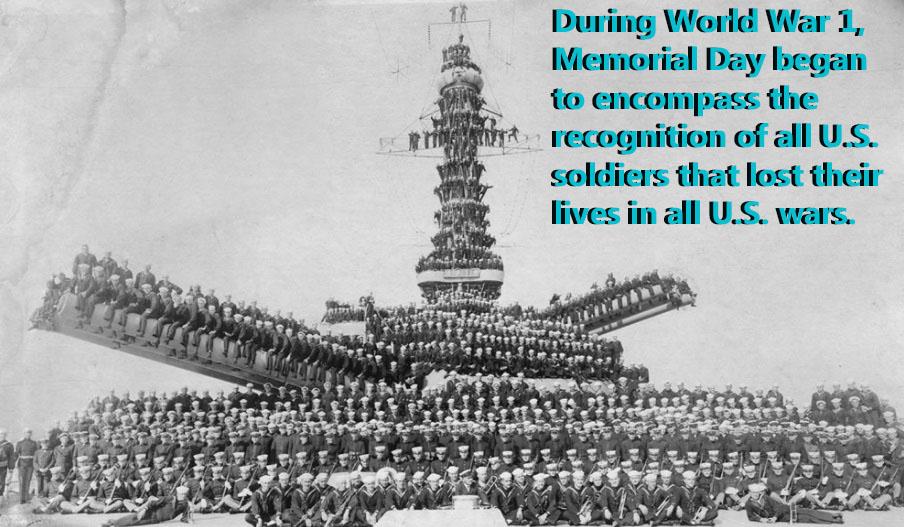 In 1968, the Uniform Monday Holiday Act was passed by Congress. This created the three-day holiday weekends that federal employees and most workers in the private sector presently enjoy throughout every year. Consequently, the May 30th date for Memorial Day was changed to the last Monday in May.

Memorial Day became recognized as an official federal holiday in 1971.

Today, Memorial Day is one of the most sacred holidays in the United States. It is observed in every state and commemorated in countless towns and cities across the land. United States citizens the world over celebrate the holiday in whatever way they can.

Throughout the land, the day is celebrated through countless parades, parties and cookouts. This is due to the day’s status as the unofficial kick start to the summer season. Unfortunately, many Americans are not familiar with the somber roots of the holiday:

Surely, the uninformed group of people shown in the video above do not represent the majority of the country. One would have to go out of their way not to pay attention to Memorial Day events in order to be oblivious to what the true purpose of the holiday is. 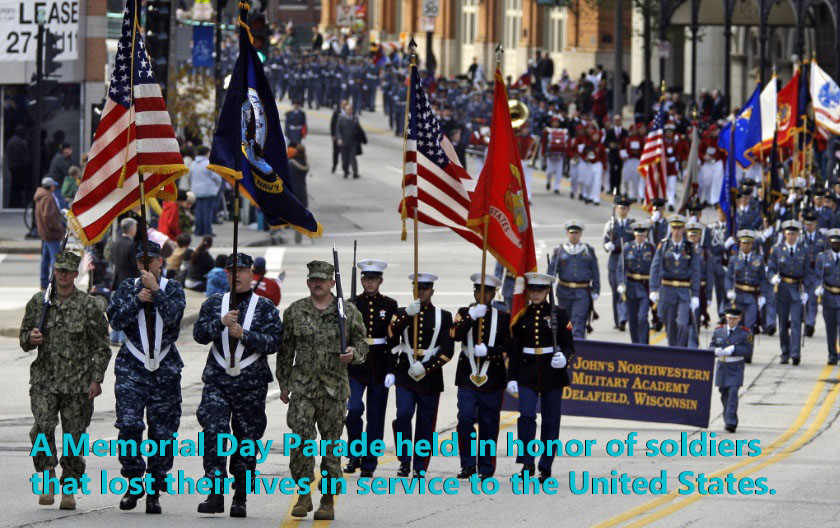 The United States currently has 1.4 million active duty personnel and an additional 1 million armed services personnel that are on reserve status. As a result, millions of families are intimately familiar with the level of seriousness surrounding Memorial Day. It is a day to remember our fallen heroes. It is the very least that we can do to honor the selfless sacrifice of the millions of fellow citizens that answered the call of duty and gave their lives for their generation and the generations to follow. We are reaping the reward of the freedoms that they are no longer here to partake in.