Yesterday I took my daughter for her 6 month dental check-up. It was not only time for her regularly scheduled cleaning, she also needed her dentist to sign a form provided to her by her school to confirm that her oral cavity had been examined by a dentist. The last time that I went to the dentist with her was well over a year ago. In the intervening time, she had gone to her dental appointments with her mother.

I remember that during the last visit that I attended with her the dentist discovered 2 cavities. I was taken aback. I have never had a cavity before in my life. It was really disconcerting to know that my 5-year-old daughter already had 2 cavities. I felt as though her mother and I had failed her. The dentist filled those cavities and advised that we supervise her eating habits in such a way that sugary foods were avoided. She was especially adamant that sticky and gooey sweets should not be consumed. The dentist told me that because these types of foods were both sugary and adhesive that Jennifer’s (our daughter’s name) teeth would be exposed to erosive sugars for long periods of time before her saliva was able to dissolve them.

I immediately identified the culprit in her diet – Pop Tarts. Jennifer absolutely loves Pop Tarts. We bought them all of the time. She not only ate them for breakfast; she also ate them as a snack and a dessert after her meals. 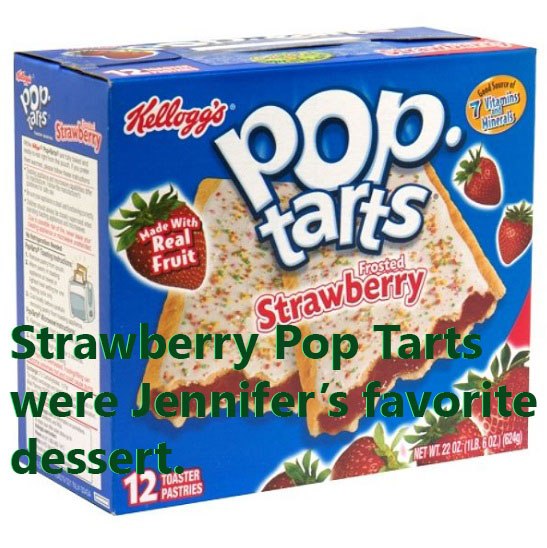 Of course, Jennifer has no money to buy Pop Tarts. On average, we bought fresh boxes of Pop Tarts twice weekly. At the time, we didn’t realize that we were purchasing so many. After I was informed about her 2 cavities, I realized that we had taken the Pop Tart fixation too far. After that demoralizing dental examination, I set out to ensure that we ended the era of our kitchen cabinets being host to Pop Tart boxes.

Initially, I thought that Jennifer would revolt against this new edict. However, I came to the conclusion that we didn’t actually have to tell her that we weren’t buying Pop Tarts anymore; we simply had to stop buying them. For a couple of weeks, she would inquire about having the treats for breakfast or as a dessert after a meal. I would simply say, “We don’t have any in our cabinet, sweetheart.”. She would look disappointed, but would quickly move on to finding another form of dessert.

We made sure that there was plenty of fruit on hand for her to eat. Jennifer is the type of child that is easily bored. She may want strawberries every day for an entire week. Then, very suddenly, she may not want anything to do with strawberries. She is like this about many things, not just food. It can be very frustrating to accommodate her constantly changing tastes. For example; when she was a toddler, she craved bananas. Today, bananas are far and away her least favorite fruit. She finds them very distasteful and will often scrunch up her face at the mere mention of a banana. Bananas are by far the most popular fruit in the world (based on consumption), so this is quite unusual.

We decided that we would attempt to meet Jennifer on her own terms when it came to fruit. This did not include asking her what she wanted. After 5 years of raising her, we could surmise when she was going to grow tired of a particular fruit. The key was not to randomly change the fruits that we purchased, we had to anticipate when her lack of interest would come. If Jennifer wants strawberries, then she wants them for a few days. After that amount of time had elapsed, we would move on to oranges. A few days later, we would move on to raspberries. 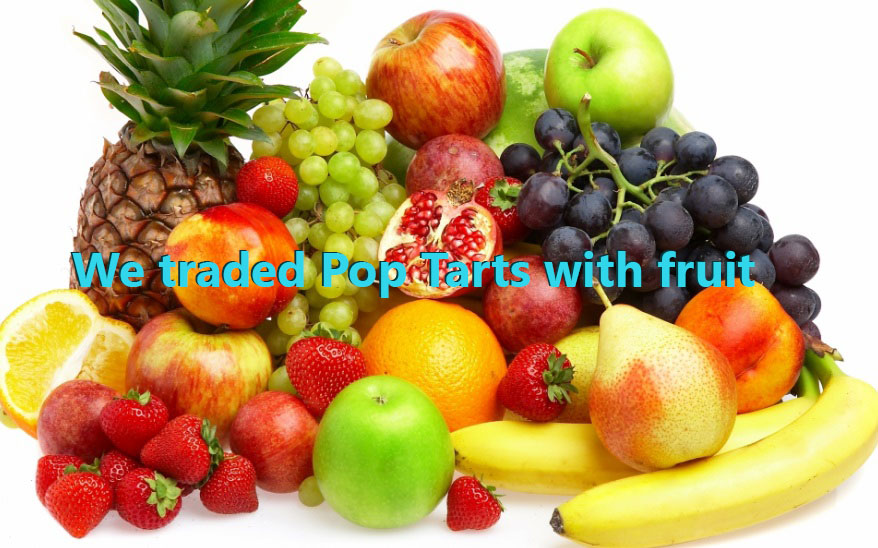 Acidic fruits like oranges are implicated in tooth decay. However, strawberries are actually very healthy for human teeth. Though strawberries are red, they contain an enzyme that helps to whiten teeth. By serving Jennifer a diverse menu of fruits, we thought that we could hedge our bets against any potential tooth decay that derived from the sugars and acids in fruits.

Due to this, I had mixed feelings about her prospects for having a good dental visit yesterday. I made sure that she brushed her teeth before we left home. Jennifer was totally into it. I actually had to stop her from brushing her teeth after around 10 minutes. She went into the bathroom to brush her teeth and I assumed that she would be out in a couple of minutes. After some time, I grew concerned and looked into the bathroom to find that she was still brushing her teeth! It was cute and it let me know that she was concerned with the outcome of her dental visit.

We were 25 minutes late for the appointment. I have always made it a habit to arrive 15 to 20 minutes early for medical and dental visits. Yesterday was one of those days when life got in the way of the best laid plans. Still, the dentist accepted us and promptly took Jennifer in the radiology room for her X-Rays.

Jennifer was returned to the waiting room. After approximately 30 minutes of waiting, a dental assistant came into the waiting area and summoned us into the examination room.

When we entered the room, I could hear the dentist telling a mother that her daughter had several cavities. I grew more concerned that I would be receiving the same news.

To my surprise; just before the dentist began to clean my daughter’s teeth, she looked at my daughter and said “You have no new cavities!”. I was ecstatic and started to clap. The dental staff was obviously taken aback by this. At first they looked surprised, then their surprise gave way to modest smiles.

After the cleaning was finished the dentist informed me that Jennifer should not eat or drink anything for the next 30 minutes. The next half an hour would be a very sensitive time for her teeth. After that time elapsed, I took Jennifer out to a restaurant as a treat. We were both very happy that she did not have any new cavities. I was surprised that she was just as concerned about the outcome of her examination as I was. Together, we had accomplished what we set out to do.  Her teeth were not eroded in any way since the last time that I went to the dentist with her. They were only getting stronger.