My experience with Bruxism

Over time, even the most ardent practitioner of dental health care will find that their teeth lose some of their luster. Our teeth endure a rigorous regimen of biting down and grinding throughout our entire lives. Once you add the variety of different bacteria that can cause harm to your teeth and gums to that equation; the need for vigilant oral care becomes quickly apparent.

Up to this point in my life, I have been very lucky. I have never had a cavity. My teeth are still white (though not as quite as bright as they were in my younger years). However, I have a condition known as bruxism that compromises the health of my teeth, jaws and gums. Bruxism is the chronic and uncontrolled grinding of teeth. I don’t know when my bruxism started. I only became aware of it because people would tell me that while I was asleep I would grind my teeth. I was very skeptical of the first person that told me about this. Later on, a man that I was dating told me that strange noises came from my mouth when I slept. He described it as a screeching sound akin to a piece of chalk being dragged across a chalkboard. He even played a recording of the sounds! The long and screeching noises that were coming from my mouth were hard for me to listen to, even in an electronic recording.

The type of bruxism that I have is called Sleep Bruxism. Men and women are pretty much evenly split as far as the per capita incidence of this issue for the respective genders. This is actually the worst type of bruxism to have. Due to the fact that the person suffering from this form of unconscious jaw grinding has no way of being aware that they are engaging in this behavior without another person telling them; it is almost impossible to detect until serious damage has been done to their teeth.

The only symptom that I noticed (and this is only after I had been told that I was grinding my teeth at night) is that my gums would feel relieved in the morning. It felt as if they were clamping down very tightly on something throughout the night and they had a feeling of what I could only describe as relief when I awoke every morning. It was actually a good feeling. Unfortunately, it was a symptom of a problem that could have potentially devastating consequences on my oral health.

Structural causes for bruxism are:

Other causes for bruxism are:

When teeth are crooked they are exposed to forces that are applied to them in ways that they are not built to withstand. This can lead to chronic pain in the jaw and headaches. They are also far more susceptible to being worn down by everyday use.

When a person has a bite that is misaligned they present with underbites, overbites, crossbites, open bites and crowded teeth. All of these presentations increase the susceptibility of the teeth in the oral cavity to wear and tear beyond what a person with a structurally sound bite would experience.

It is believed that in a subconscious attempt to correct this, the human mind causes the jaw muscles to enact teeth grinding.

Stress is not always a bad thing. Anybody that is living is under some form of stress. Stress can be good or bad. When you are exercising and exerting yourself you are placing your body under stressors that are ultimately beneficial. Chronic stress from work, family and financial pressures can have a negative effect on the mind and body. In some people, this is believed to bring about bruxism.

Being that I did not suffer from any of the structural causes of bruxism, I thought that my issue probably had to do with stress. I noticed that during the times when I was most stressed, I would be told that I was grinding my teeth during the hours that I was sleeping. Whenever I was less stressed, there were no reports of teeth grinding.

Due to the fact that I was grinding my teeth in my sleep, I thought there was no hope of stopping. There is no cure for bruxism. However, there are some steps that one can take to minimize the effects of bruxism.

Sleep Apnea is indicated in many cases of Sleep Bruxism.  This condition is characterized by pauses in breathing while a person is sleeping. The pauses can range anywhere from a few seconds to minutes. These pauses trigger the tooth grinding response because the brain activates the muscles of the jaw to move the jaw forward in order to activate breathing again.

There are 3 treatments for bruxism: 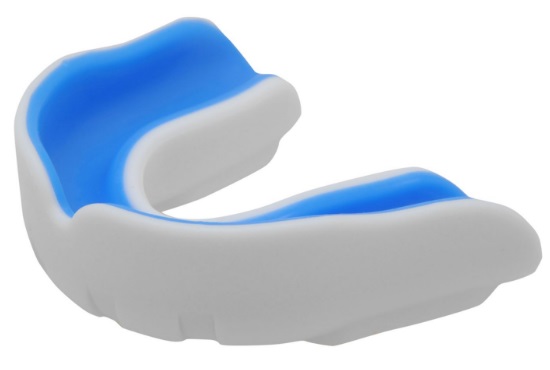 This is a device that can be used to effectively prevent your teeth from the strong forces that are placed on them by uncontrolled grinding. 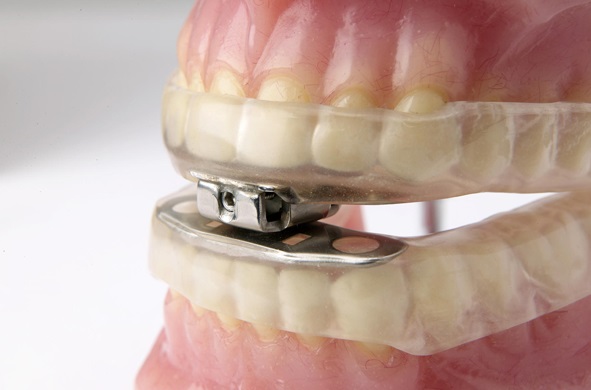 The problem with employing a guard or a splint is that they do nothing to stop the jaw muscles from moving; they only restrict that movement. The protection is applied solely for the benefit of the teeth, but the muscles of the jaw are not at all protected by these mechanisms.

Muscle relaxing techniques address the muscles in the jaw that are responsible for spurring the oral cavity into action.

A dentist may suggest hypnosis to alleviate bruxism. Most cases of bruxism are believed to be stress-related. Hypnosis is the only treatment that really gets at the root of the problem. The subconscious mind controls the entire process. When effective mental therapies are applied; the need to place mechanisms in the oral cavity to treat bruxism is eliminated.