My time with braces: Part 3 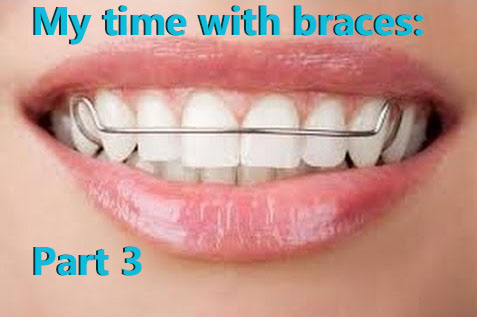 My braces are finally applied

As my first visit progressed, I tried to pass the time by thinking of anything except what was going on inside my mouth. I was periodically brought back to reality by frequent questions and commentary from Mr. Goldberg. He constantly asked if I was comfortable or experiencing any pain. I did not feel any unreasonable discomfort. At this point, there was no force moving against my teeth. All that he was doing was applying the adhesive and the brackets to each individual tooth.

My lips began to feel dry and very stretched after some time. The device used to hold a patient’s mouth open during treatment is called a gag. Prior to this, I always thought that a gag was something used to shut a person’s mouth. Both definitions are correct, with the latter being more popular in common language. 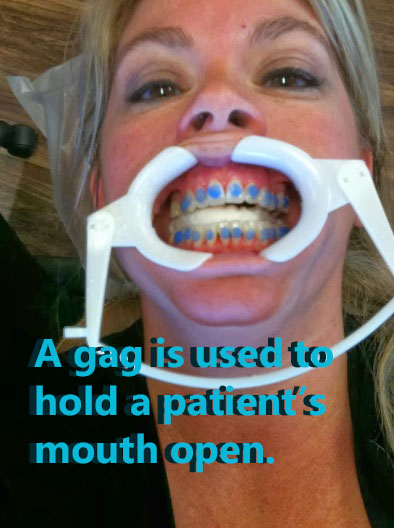 He completed applying the rings to all of my molars. One by one, he applied brackets to all of my teeth. Finally, it was time for him to thread the wire that would actually be applying pressure to my teeth in order to get them to move. He gave me a fair warning before he placed the wire in and tightened it. Mr. Goldberg told me that I would definitely feel a strong tug against my teeth. After all of the years of waiting for this moment, I was ready. He threaded the wire and tightened it. It was a very odd and unnatural feeling. It didn’t hurt, but I definitely felt lots of pressure on my teeth.

When I got home, I surveyed the work that was done. I had a mouth full of braces, but the natural positioning of my teeth was such that I could actually crack a small smile without anyone noticing that I was wearing an orthodontic device. Indeed, a few years later, I discovered that a co-worker that I had been working with for several years had no idea that I wore braces. Everything looked the way that I expected it to. I was relieved, I finally had my braces and my protruding teeth would be brought in.

I ate dinner very carefully. Every time that I bit down on something there was a funny feeling in my gums. If you have never worn braces before this sensation is difficult to describe. I did not feel any pain whatsoever at this point. Still, I chewed my food with caution that night. I did not bite down with much force so as to avoid the tingling feeling that I felt in my gums when I first attempted to eat my dinner. I brushed my teeth and went to sleep.

In the morning I woke up and brushed my teeth. Unbeknownst to me, my gums had become extremely tender overnight. The mere force of the toothbrush bristles touching my teeth caused incredible soreness. The tenderness was something that I had never encountered before. I brushed my teeth with a very small amount of force to try to avoid aggravating my gums any further. Despite the soft brush strokes, the entire experience was completely agonizing. Brushing my teeth went from being a routine morning regimen to a twice daily punishing torture. Even the light force of my tongue touching my teeth made my gums sore.

After the harsh experience of brushing my teeth for the first time after having braces placed on my teeth, I knew that eating was going to be a real problem. I could not bite directly into any foods, such was the pain that emanated from my gums.

For the first 4 days, the soreness got progressively worse. It was excruciating. Luckily, most of my friends had worn braces before and were able to confirm that this was a normal part of the process. I was feeling like I couldn’t even think straight during this time because my mind was so preoccupied with the pain.

During this time, I shied away from eating hard foods. If I ate something hard (like steak or a bagel) I would cut it into small pieces and place it in my mouth so that the first teeth that would grind it would be my molars. Biting into anything with my 2 front teeth was impossible. I was on a diet imposed by my braces at this point. I avoided eating in as much as it was possible so as to avoid aggravating the tenderness that I was experiencing in my gums.

After peaking on the 4 th day, the soreness began to subside. By the beginning of the 2nd week it was almost completely gone. By the end of the 2 nd week the soreness was gone. My gums still retained an uncomfortable sensation when I bit into foods. Certain foods, like whole apples, were off limits to me until my braces were taken out 4 years later.

After 1 month, it was time for me to return to have my braces tightened. When my braces were originally placed on, I noticed that 4 of the brackets that were applied had hooks on them. These were the brackets placed on my right, left, upper and lower canine teeth. During the second visit, I discovered that these hooked brackets would serve a crucial purpose. The hooks would allow for orthodontic elastics to be applied to my braces. These elastics would supply much more force to my teeth. Mr. Goldberg showed me how to apply the elastics on my own. He was adamant that I be disciplined about wearing my elastics every single day. He tightened my braces, gave me a few bags of orthodontic elastics and sent me on my way.

In the aftermath of the second visit, I learned that the agonizing soreness that I experienced after the first visit was going to be a monthly occurrence. Every time my braces were tightened, my gums had to readjust to the tightening and the process of enduring the pain would begin all over again. In addition to this, applying my orthodontic elastics to the hooked brackets on my canine teeth provided even more pain. Once again, the first 4 days following my visit to the orthodontist led to a few days of painful tooth brushing and dietary restrictions imposed by the pain that I felt in my gum line. I was told to take over-the-counter pain medication to help deal with the soreness. I remember taking ibuprofen once or twice. Beyond that, I endured the pain until it went away in the 2 nd week.

This process of tightening and days of soreness separated by a few weeks of relative comfort went on every month for the next 4 years. It was my least favorite part of the process, but after a while it became routine. Some of my orthodontic visits resulted in gradual changes to the positioning of my teeth, others led to drastic changes. During one particular visit, Mr. Goldberg stuck his gloved hand in my mouth and physically turned 4 of my teeth.

My Canine Teeth had always been parallel with my Lateral Incisors and Central Incisors. It is best that Canine Teeth meet the rest of the front teeth at an angular approach. The braces and orthodontic elastics that I was wearing were not effective in turning my Canine Teeth to a more appropriate angle. Therefore, Mr. Goldberg decided to turn my Canine Teeth with brute human force. The turns were successful. Of course, the turns also resulted in even more soreness in the days following the visit.

After one visit, I found that the braces had created a gap in my 2 front teeth. I sported the gap for approximately 6 months until the braces and orthodontic elastics moved all of my teeth back together again. Over time, my teeth were moved farther back into my oral cavity successfully.

Finally, after 4 years of enduring monthly adjustments and pain imposed diets, it was time to get my braces off. Mr. Goldberg became Dr. Goldberg during this time. He was eager to complete his work on my teeth.

When he removed my braces, I noticed that the places where the adhesive were placed on each of my teeth was a different color than the areas of my teeth that had no adhesive on them. I was concerned. Dr. Goldberg assured me that after a few days of brushing my teeth, all areas of my teeth would have a consistent color. 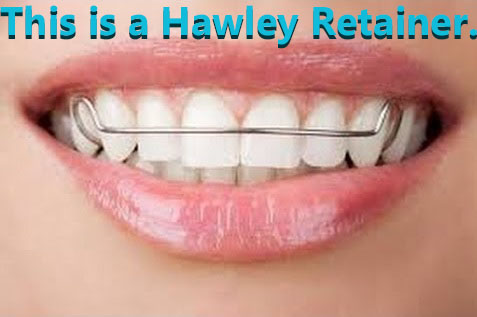 Dr. Goldberg then told me that I should make sure to wear my retainer to keep my teeth in place. He was very serious on this point. He told me that if I did not exercise discipline in wearing my retainer every night that I would risk allowing my teeth to shift. This had the potential to cause a loss of all of the progress that I attained while wearing my braces. After enduring years of painful days, hiding my smile and paying thousands of dollars for orthodontic treatment I had no interest in losing all of the progress that I invested so much of myself into.

That was my final orthodontic visit. After waiting until I became an adult to get braces and waiting another 4 years for my course of treatment to be completed, I had finally accomplished the goal of eliminating the protrusion of my teeth.