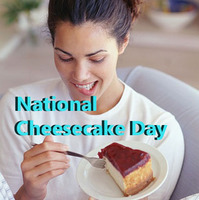 Today is National Cheesecake Day. New York City is the first place in the United States to obsess over cheesecake. In the late 1800s, cheesecake became an extremely popular dessert in New York.

Despite the fact that New York City is recognized as the home of cheesecake in the United States; the delicious dessert has its’ roots in a place and a time far removed from the United States of America.

The first evidence of the existence of cheesecake dates back to 4,000 years ago in Ancient Greece . Not only was cheesecake delicious, it was also generally believed that cheesecake was a great source of energy. Athletes in the original Greek Olympics were given cheesecake prior to competition in order to boost their physical output.

Cheesecake was also served at formal ceremonies such as weddings.

Ancient Greek Cheesecake was only made from cheese, honey, flour and wheat. Over thousands of years, several modifications were made to the recipe before cheesecake would resemble its’ modern formulations. The Greeks served cheesecake to each other for approximately 2 thousand years before the recipe was altered by the aftermath of a devastating conflict.

The Romans conquered Greece and uncovered their cheesecake recipe. The Romans enhanced the recipe to include crust and eggs. As the Roman Empire expanded; the popularity of cheesecake grew as well. People that had never seen or heard of cheesecake before were quickly becoming acquainted with it. These people not only enjoyed the dessert, they also added their own ingredients to it. Some people decided to use yeast in their formulations. However, this did not help the taste at all.

In the 1700s, Europeans replaced the yeast in the recipe with beaten egg whites. This enhancement made the cheesecake appear and taste very similar to the cheesecakes that we enjoy today. As Europeans began to migrate to areas all over the world, they brought their prowess for creating cheesecake with them. North America was introduced to cheesecake through the far reaching travels of the Europeans of this era.

In 1872, a dairy farmer in New York named William Lawrence was trying to uncover the process by which a particular type of French cheese was made. He was unsuccessful in his attempt to expose the secret. However, his experiments resulted in him accidentally creating the first cream cheese known in the United States.

Once cream cheese was invented and its’ existence became general knowledge to the public, cheesecakes would never be the same again.

Contents of a Cheesecake 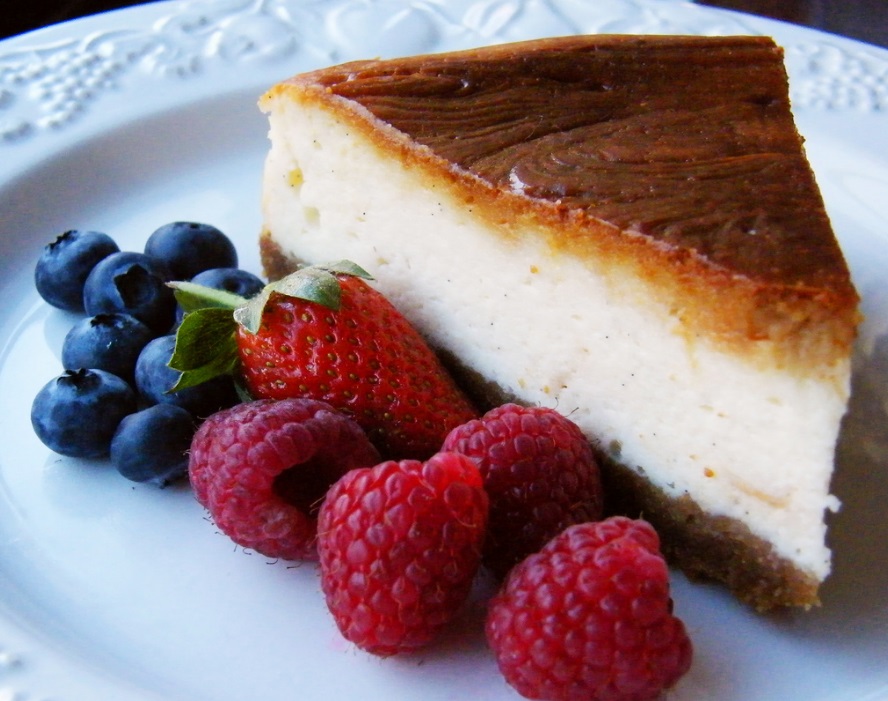 Cheesecake is a very dense food. As such, a small slice of cheesecake has a significant calorie count. It is strongly advised by nutritionists and other health professionals that foods like cheesecake be consumed in moderation. Making this dessert a regular part of your diet will likely result in massive weight gain accompanied by marked increases in cholesterol levels and spikes in blood sugar. The sugar content can have a detrimental effect on the health of your teeth if they are exposed to this sort of food on a regular basis.  The calorie count of a single 125 gram slice of cheesecake is 401 calories. 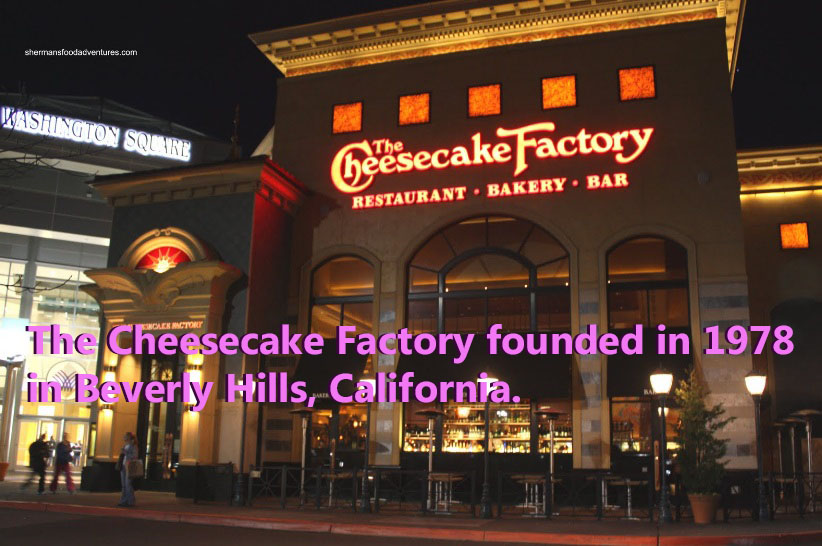 The Cheesecake Factory has also expanded its’ reach to overseas markets. There are several Middle Eastern locations which include Dubai, Kuwait, Saudi Arabia and Abu Dhabi.

The restaurant chain has been heavily criticized for the extreme sizes of their portions.  If you have ever had a meal at the Cheesecake Factory, you will surely remember the enormous plate of food that you were presented with by your server. Many of their dishes have a calorie content that is measured in the thousands. Many single dishes have a saturated fat content that far exceeds what an adult should consume in an entire day. Despite this, the Cheesecake Factory maintains its’ popularity with the general public.

The Cheesecake Factory is offering a 2-for-1 sale price on Cheesecakes today. They actually started this sale yesterday. If you are looking to consume a high quality cheesecake, this deal may be just the motivation that you need to make this desire become a reality. 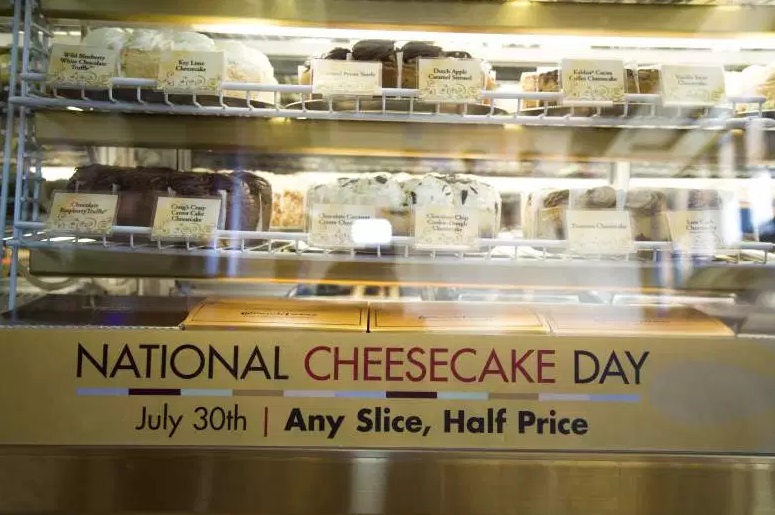 The New York Cheesecake Affair of 1772

In 1760, King George III was given a colonial cheesecake as a gift from the Duke of York. After tasting cheesecake for the first time, he became immediately aware of the power of this dessert. Noting the popularity of cheesecake and understanding the staying power that it would have after tasting it for himself; he decided to impose a tax on cheesecake. This resulted in cheesecake only being affordable to the ruling class.

Colonists were extremely unhappy with this decree. They were used to enjoying slices of cheesecake during tea time. In New York in 1772, disgruntled colonists boarded ships that were stocked with cheesecakes that were to be shipped to England. Once on board, they planned to throw the cheesecakes overboard into the sea. However, when they were face to face with the cheesecakes they changed plans and decided to eat them instead.

King George III was irate at the news of the colonist’s rebellious actions. He decided that he would punish the colonists further by raising the tea tax. This led directly to the Boston Tea Party incident of 1773.

After thousands of years, the world’s cheesecake obsession shows no signs of slowing down. The Ancient Greeks were definitely on to something powerful. Cheesecake has lasted longer than all of the greatest civilizations of the ancient era. This beloved treat will most likely find new life with each successive generation of humans that are exposed to its’ deliciousness. Desire for cheesecake has led to changes in world history and will continue to delight the tongues of people across the globe.