Ted Bundy: His teeth and his conviction. Part 1

Theodore Robert Bundy was one of the most notorious serial killers in the history of the United States. In addition to his crimes of murder he was a rapist, kidnapper and necrophile. His targets were young Caucasian women and girls. It is suspected that his killing spree may have started as early as the 1960s, when Bundy was in his teens.  The only killings that he admitted to were in the 1970s.

Bundy appeared entirely normal to all who knew him. He was regarded as non-threatening. He was very intelligent, considered handsome (I must admit that I never understood what people considered to be so handsome about him) and charismatic.

Bundy lured his victims through the implementation of numerous clever ruses and disguised his true nature by playing the role of an upstanding citizen in his public life. In an ironic twist, the serial killer volunteered at a suicide crisis hotline and, according to Ann Rule (who would go on to become one of the most prolific and respected crime writers of all time), was very adept at preventing suicides. 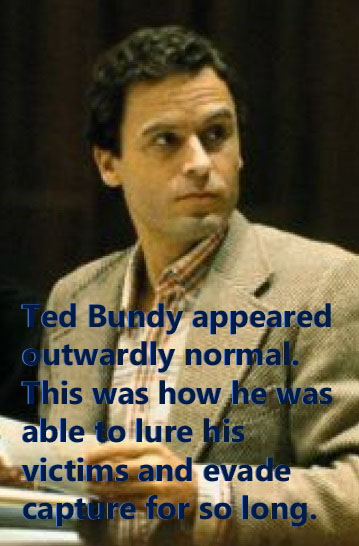 Of course, Bundy was revealed to be a mass murderer that kidnapped, tortured, raped and had intimate contact with the corpses of his victims. By the time his carnage was put to an end, Bundy is believed to have killed 36 women (although some law enforcement representatives believe that the total may be higher). According to defense attorney John Henry Brownie, Bundy’s defense attorney during his second trial, he ultimately confessed to 100 murders. Bundy also claimed that his first victim was male.

Though the law enforcement community was convinced that Bundy was responsible for a slew of murders, he ended up only being convicted of 2 murders. In the end, the teeth marks that he left on his victims were used to send him to death row.

Ted Bundy captured the nation’s attention because of his success at deception. He was the antithesis of serial killer Charles Manson in that he was a clean cut man who gave the impression of a well-adjusted adult that was thriving in society. Poised to enter the legal system with a professional degree, his irresistible compulsion to kill not only brought pain and suffering to his victims and their relatives and friends – he also inspired the morbid curiosity and terror of people all over the world.

Theodore Robert Bundy was born Theodore Robert Cowell on November 24 th, 1946 in Burlington, Vermont, to Eleanor Louise Cowell. A definitive identity for his father has never been uncovered. Some family members suspected that her abusive father may have been Ted Bundy’s true father, but these suspicions have never been proven. 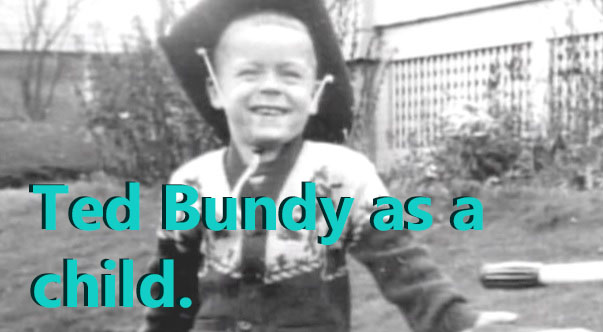 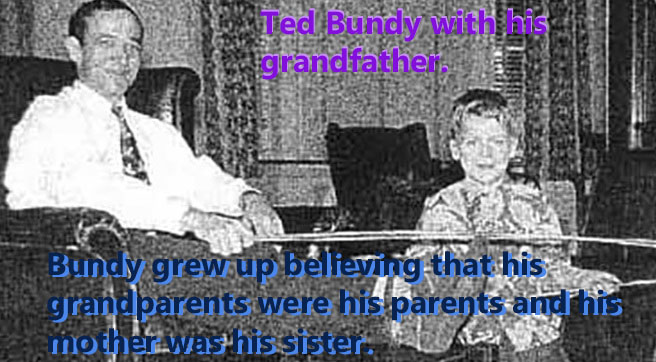 At some point in his young life Ted discovered the truth. However, the point at which this happened is in dispute as Bundy himself provided several alternative explanations for the discovery:

1. He told a girlfriend that a cousin showed him his birth certificate after calling him a bastard.

2. He told 2 biographers that he found a copy of his birth certificate on his own. 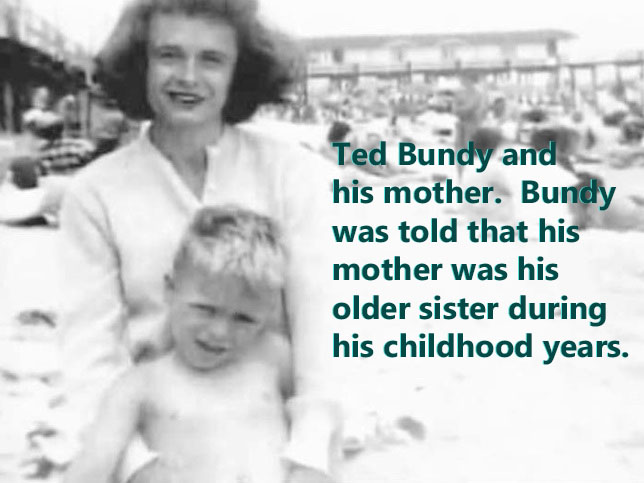 Bundy’s discovery that his true mother had been masquerading as his older sister may have been a turning point in his life. He harbored a lifelong anger toward his mother for her deception. He expressed a more positive attitude toward his grandparents, especially his grandfather. In contrast, family members describe his maternal grandfather as a brooding and violent bully filled with hatred. He exercised violence on his family and was bigoted toward Jews, Catholics, Italians and Blacks.

In 1950, Ted’s mother moved out of her parent’s house in Philadelphia and moved with Ted to Tacoma, Washington. The following year she met Johnny Bundy and married him in 1952. As a result of the marriage, Theodore Robert Cowell became Theodore Robert Bundy.

The couple went on to have 4 children. Though Ted’s new stepfather was amiable and welcoming, Ted never warmed up to him. He could never get past the fact that Johnny Bundy was not his biological father and ridiculed him behind his back for not making what Ted deemed a respectable amount of money. He also thought that his stepfather wasn’t particularly intelligent.

In Tacoma, Ted Bundy had a paper route during his high school years. An 8-year-old girl lived in a house along his paper route. Her name was Anne Marie Burr. She befriended Ted and was known to follow him around. On August 13, 1962, Anne Marie Burr disappeared. On the night of her disappearance she went into her parent’s bedroom to tell them that her little sister was not feeling well. The next morning she was nowhere to be found. A window that faced the direction of the street was found open. 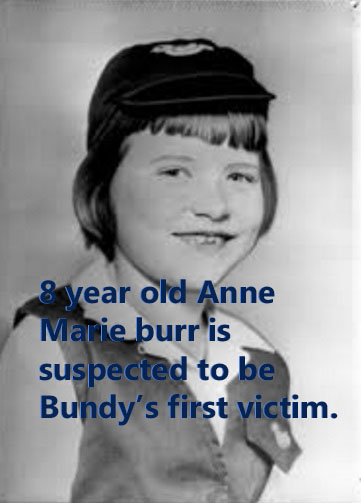 Her parents promptly informed the authorities and a gigantic search effort followed. Unfortunately, Anne Marie Burr was never found. It has been surmised that Anne may have been buried in one of the deep ditches that were in the area at the time. There was a road project going on in the community at that time. Her body could have been left in a deep ditch and covered by the foundation and tar that the road was comprised of.

This is believed to be the first murder that Bundy was responsible for.  In interviews conducted from prison in his later years, he would be asked about the disappearance of the little girl from time to time. He always declined to respond.