Ted Bundy: His teeth and his conviction. Part 3 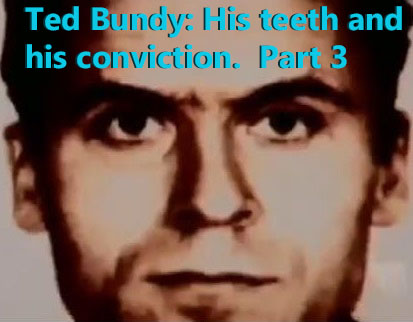 Revival of his inner darkness

Ted Bundy's Ideal victim was a petite, long haired and attractive young woman. They all resembled the young woman that jilted him in his younger years, Stephanie Brooks.

On January 4 th, 1974, Ted Bundy revived his murderous rampage. During the course of the following 6 months, female college students began to disappear from schools in Washington, Oregon and Utah.

He stalked some of his victims.  Other victims were spontaneously targeted.

The first 2 females to fall victim to Bundy during this time frame were students at the University of Washington.

Ted Bundy was able to move in plain sight. Having been part of the student community for so long he was able to operate under a cloak of respectability and familiarity. People believed that the killer was an outsider. Most believed that the murderer was a depraved lunatic from some of the seedier segments of society. This misconception gave Bundy the cover that he needed to pursue his sadistic crimes with reckless abandon.

His girlfriend at the time, Elizabeth Kendall, had no idea whatsoever that Bundy was stalking and murdering young women.

From February, 1974 through January, 1975 Carol Valenzuela, Nancy Wilcox, Donna Manson, Susan Rancourt, Brenda Ball and Roberta Parks all disappeared. Initially, the disappearances were not connected by the authorities. The victims came from different jurisdictions and different states. The separate law enforcement entities did not collaborate to solve these cases. These mysteries were deemed to be unrelated. It would be some time before investigators began to connect the dots that would lead back to Bundy.

Bundy was prolific and his methods were alarmingly effective. One victim, Georgeanne Hawkins, was walking 30 feet from one dorm to another when she disappeared, never to be seen alive again. Bundy would later reveal some of his insidious methods for snaring his victims. After he stalked these women, he would be able to discern if they were kind and helpful people. He would then pretend to be injured, invoking the sympathy of his young female prey. Once they came to assist him, he would kidnap them and take them to a remote location where he would act out his horrible desires.

This is how Georgeanne Hawkins was lured away from the safety of her daily life. Bundy pretended to be on crutches while struggling to reach an object that supposedly fell on the ground. He expressed difficulty in reaching the object and asked Ms. Hawkins to pick it up for him and put it into the trunk of his car. When she obliged him, he waited until she reached into his trunk and struck her in the back of her head with a crow bar. 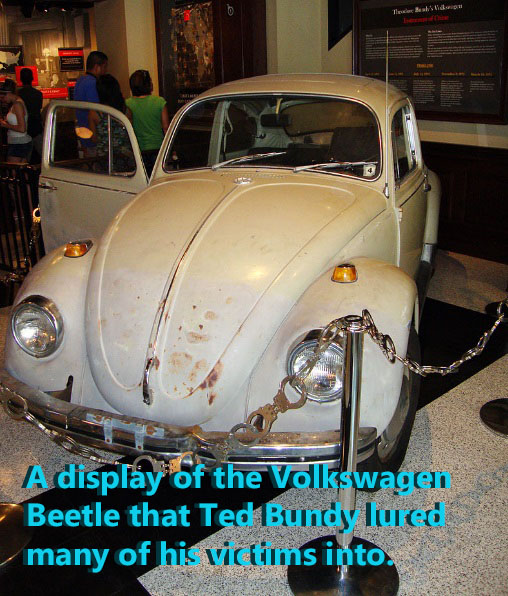 He would bind his victims with torn sheets and render their hands useless with handcuffs. He removed the front passenger seat from his car so that he could lay his victims down without onlookers noticing that anyone else was in the car with him. In addition to this, he would cover the victims in sheets. Bundy would often take these unfortunate souls to the wooded areas surrounding Seattle.

Some of his victims did not survive his assault with the crow bar. Those that did would be intimately assaulted and murdered. He would then take their remains deep into the woods. He would return to the sites where he left his victims again and again until they deteriorated to the point that he could no longer get satisfaction from them. During these times he would engage in bizarre behaviors that included:

In July of 1974, Bundy kidnapped 2 women in one day. One of the victims, Janice Ott, was approached on a Seattle area beach by Bundy. He had his arm in a sling. He introduced himself to her as Ted. She walked away with him and was never seen alive again. 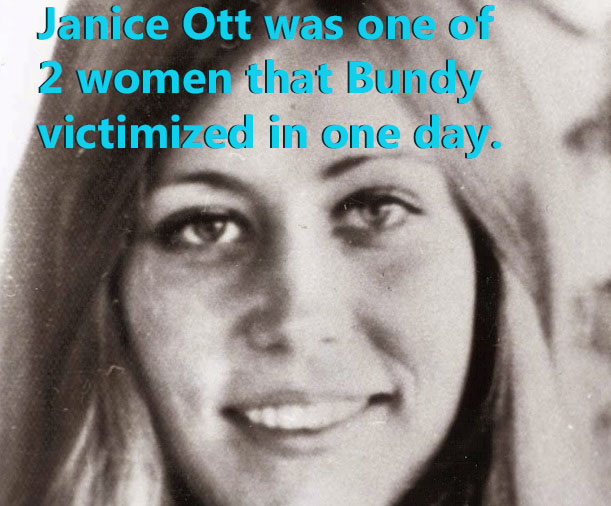 Incredibly, only one hour later, he came back to the park. At least 4 other women reported that they were approached by Bundy. However, they all found something unnerving about Bundy and refused to go anywhere with him.

Due to his ability to both plan his atrocities and engage in crimes of opportunity, he eventually found another young lady. Denise Naslund was walking with her dog on the way to a restroom. She was at the beach with her boyfriend, her dog and another couple. The dog returned from the restroom, Denise Naslund did not. She was kidnapped and subsequently murdered by Bundy. 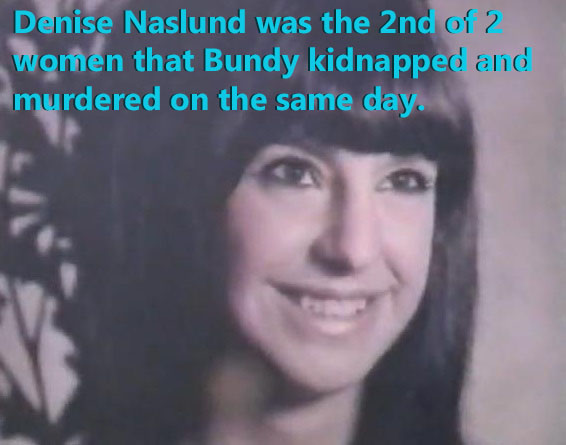 After Ott and Naslund disappeared, witnesses that were approached by Bundy on the beach came forward and provided descriptions to the police of the mysterious man named Ted that was introducing himself to women all around the beach area. The police were able to develop a composite sketch of the man. They disseminated the sketch to the public. Additionally, they received 3,500 tips about his possible identity. Though the name Ted was associated with the suspect, none of Ted’s co-workers and confidants imagined that he could be the person responsible for the crimes. 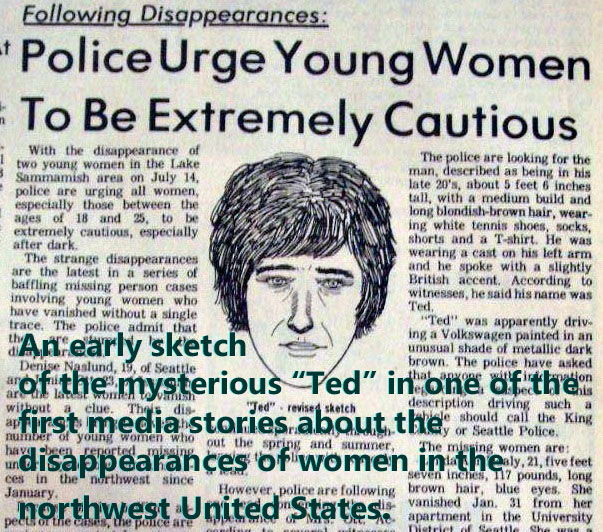 By October, 1974 5 bodies were found in remote areas. Many of them had almost completely decomposed or were reduced to bone fragments. They were not able to be used to provide any significant physical evidence that could have led to the capture of the assailant responsible for the demise of the victims. There were no actionable clues left at the crime scenes. In December, 1974 he was admitted to the Utah University School of Law.

On November 8, 1974 Bundy posed as a police officer and attempted to abduct 19-year-old Carol Duraunch from a shopping complex. Though he lured her into his vehicle and handcuffed her, she was able to escape before he could apply the handcuffs to the car.  She fought him off, exited the vehicle and fleed to safety.

Carol Duraunch was now the only known living victim. As such, the information that she was able to provide to police investigators was a bombshell. She provided details of Bundy’s appearance, methods and vehicle. Bundy was known by friends and colleagues to frequently change his appearance. Sometimes his hair would be long, other times short. There were times where he would be well groomed and others where he would grow a beard. It has been suspected that this was done in a deliberate attempt to elude justice. 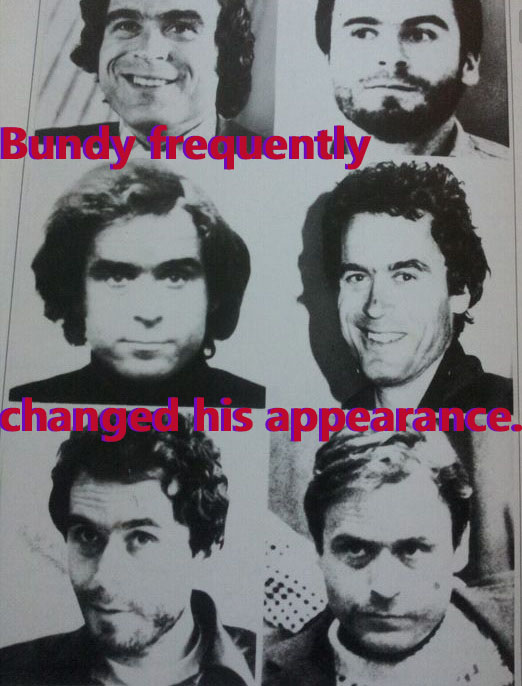 Bundy began to become very prolific with his nefarious activities. He expanded his range of victims to include residents of Utah, Idaho and Colorado. Between January and August of 1975 he murdered 8 women. Unbelievably, the authorities had yet to connect the cases. By this time, the Washington Police had narrowed down their list of suspects named Ted to approximately 200 men.

On August 14, 1975 Bundy was stopped by a police officer for erratic driving. When the officer searched Bundy’s car he found a bag. When he searched the contents of the bag he found handcuffs, a crowbar and a ski mask. He immediately arrested Bundy on the charge of Suspicion of Burglary. A further investigation of the contents of his vehicle uncovered maps and gas receipts that were from the vicinity of the Colorado abductions. A police line-up was conducted. As a result, Carol Deraunch was able to identify Ted Bundy as her attacker.

Dumbfounded, Bundy’s colleagues in the legal field thought that the police had arrested the wrong man. Attempts were made to establish a fund for Bundy’s defense.

On February 23 rd, 1976, Bundy was tried for the attempted kidnapping of Carol Duraunch. Duraunch gave testimony that was convincing, resulting in Bundy being sentenced to 15 years in prison. The scope of his crimes were now beginning to come to light.

During the early days of his incarceration, investigators were able to develop evidence that linked Bundy to the Colorado murder of Caryn Campbell. Bundy began to gain mainstream fame at this point. He became something of a media sensation in the Northwest. 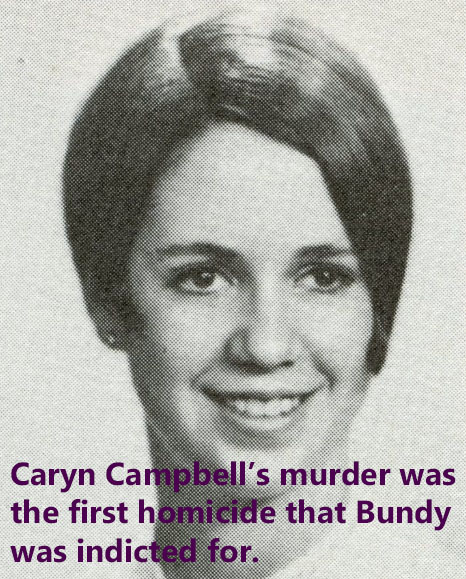 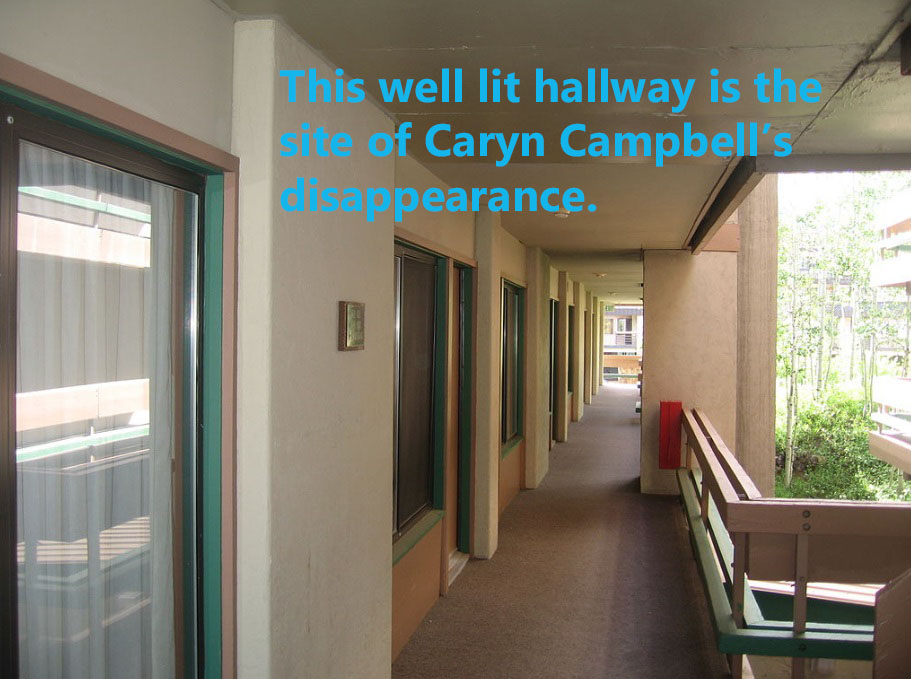 Bundy was due to stand trial for Caryn Campbell’s abduction and killing when he abruptly fired his lawyer. He petitioned to represent himself in court and was granted permission to do so. Approximately 8 weeks later, after carefully studying the details of the court’s law library, he jumped from a 2 nd story window and escaped law enforcement. He was captured 6 days later.

When Bundy was recaptured he immediately began losing weight. He ultimately lost 40 pounds. Bundy was a thin man to begin with. The profound weight loss reduced his physical dimensions in dramatic fashion. It was beyond imagining that he was cunning enough to use his weight loss as a means to escape. However, on New Year’s Eve, 1977, Bundy did just that. Capitalizing on his small frame, Bundy escaped through an air duct in his cell.

Bundy’s whereabouts were unknown.  The FBI placed him on their Most Wanted Fugitive List. He would go on to travel to Florida. His activities would be put to an end in Florida. However, before that happened he would reign terror on more unsuspecting young female victims.

(To read the 4th and final entry in this series, click here.)