The Oral Mechanics and Mental Dynamics of good singing

We have all hummed along with a tune at one time or other. Many of us have felt the calling to belt out a full throated version of our favorite tunes when nobody else is watching. Some place themselves on a mental high note by singing while showering. Others have the nerve to flex their vocal skills in front of a karaoke crowd (whether they can sing or not tends not to be the point – it can be argued that karaoke is more fun when the performers can’t sing so long as they put forth a sincere effort). 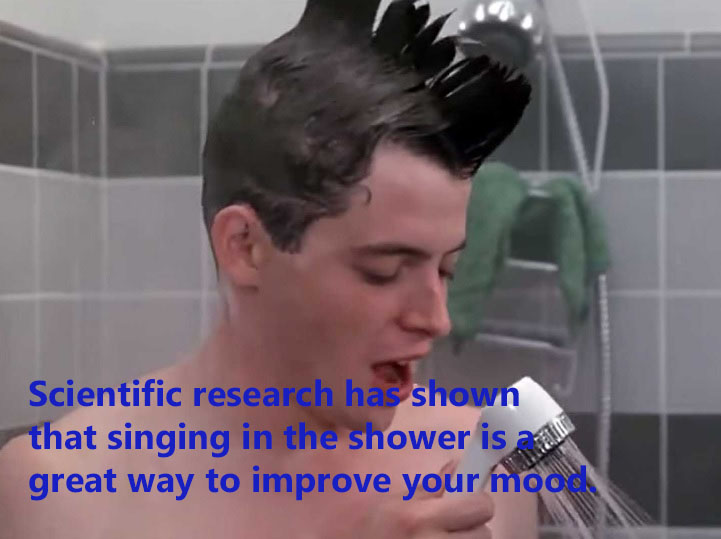 For the masses, singing well is an ability that is illusive. Almost all of us have functioning ears and vocal chords, yet most of us find singing with any degree of competence to be an impossible task. However, you may be surprised to know that a sizeable minority of people – an estimated 40% - have an inherent ability to sing.

The production of sound (singing and talking)

A multitude of neurobiologists have studied the abilities of talented musicians. Music is a highly complex expression of language. There are blindingly gifted musicians who do not have good singing voices. Why do some people have greater aptitude in this field than others? Research into this question has sought to discover why some people are able to express themselves with tremendous genius through a musical instrument, but fail to make a comparable expression through their singing voice.

Researcher Sean Hutchins, formerly of the International Laboratory for Brain, Music and Sound Research in Montreal, Quebec engaged in extensive study to discern what characteristics separate good and bad singers. The problem is not physical. All subjects that he studied – both singers and non-singers – possessed the physical capabilities needed to carry a note (whether they believed it or not). Throat muscles in both groups were observed to be equally adept at manipulating the folds in the vocal cords to produce harmonic sounds.

The ears of bad singers were not found to be the problem, either. The problem is the brains of bad singers. When prompted to match the notes being emitted from a speaker with an electronic sound scaling device, all participants were able to perform this task flawlessly after a few tries. When asked to match the same notes with their own voices the bad singers were only able to emulate the notes correctly 59% of the time.

We can all identify bad singing that is out of pitch with the music that accompanies it. It seems that most of our brains are hardwired to continue causing the voice to emit sounds that are out of tune with the music that it is supposed to complement. This is called pitch inaccuracy.

There is a scientific definition for bad singing. The definition comes about from the study of 3 areas:

The vast majority of us have no problems with Note Memory and Timing. The issue that creates the unpleasant singing voices that many of us exhibit is Pitch Accuracy.

The unit of measurement for pitch is cents: 100 cents = 1 semitone = 1/12 octave. The definition of pitch error is the number of cents that a sung note deviates from the appropriate note. If you are off by more than ½ semitone – or 50 cents – then your singing is poor.

(Vocal Coaching is a teaching profession for communication, speech and singing. For the purposes of this article, we will only be expanding on Vocal Coaching as it pertains to singing.) 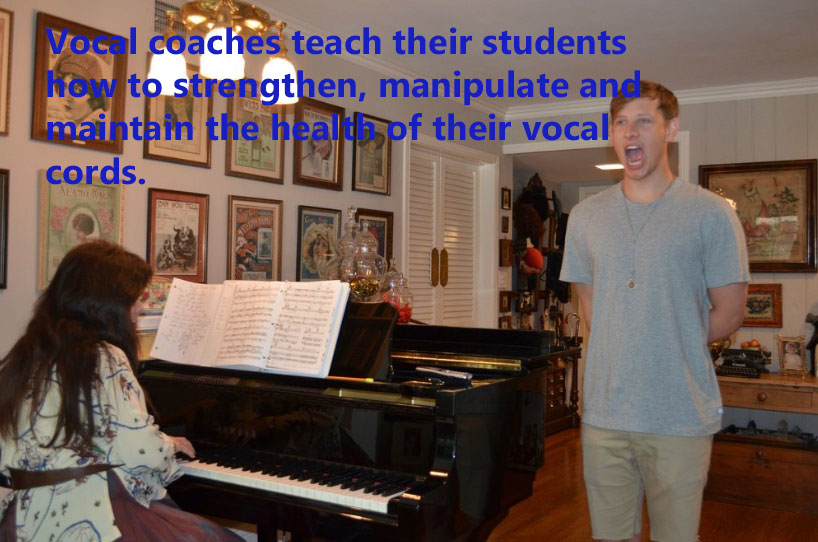 Even people that possess the natural gifts needed to sing well are not born with the innate ability to use their voice to its’ full potential. This is where vocal coaches come in. They teach people how to strengthen their vocal abilities and maintain the health of their vocal apparatus.

Usually a vocal coach will have a formal education culminating in advanced degrees in music and an informal education that includes years of experience as a professional singer. Singing is a full body exercise. Vocal coaches will teach their students about proper breathing methods, posture techniques and human kinetics.

Prior to the 2000s, when television and radio ad producers used famous actors and athletes with little to no vocal skills to pitch products, they would send them to vocal coaches for weeks of vocal training prior to the production of the final recording. With today’s time and pitch correction software this practice is completely unnecessary. These audio electronic effects tools allow for changes to be made to the highness or lowness in pitch of any audio signal. This allows for their vocal tones to be in perfect sync with any supporting music. 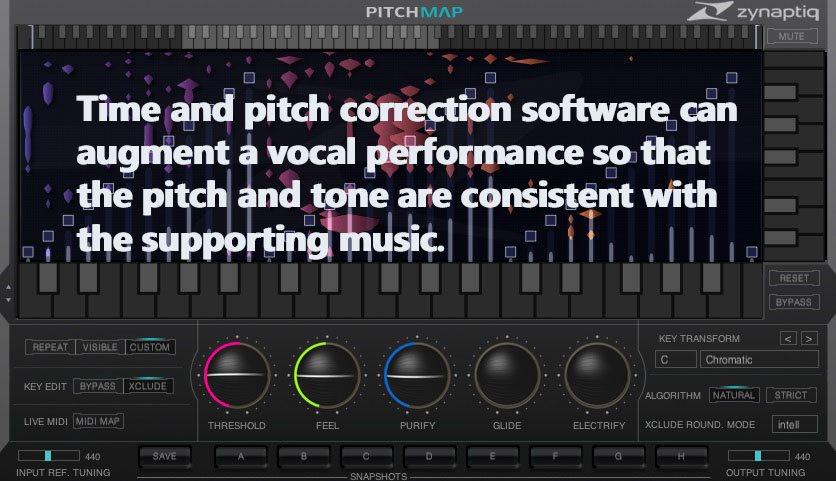 The body mechanics of singing

The diaphragm, lungs, vocal cords (inside of the Larynx) and the Resonance Spaces in the cavities behind the nose and in the throat are all directly involved in the act of singing.

Singing is produced when exhaled air travels across the vocal cords. This causes the cords to vibrate. Amplification and modification of the sound is made by the resonant spaces behind the nose, the throat and in the mouth. Being that we are all shaped differently, all of our voices sound different. 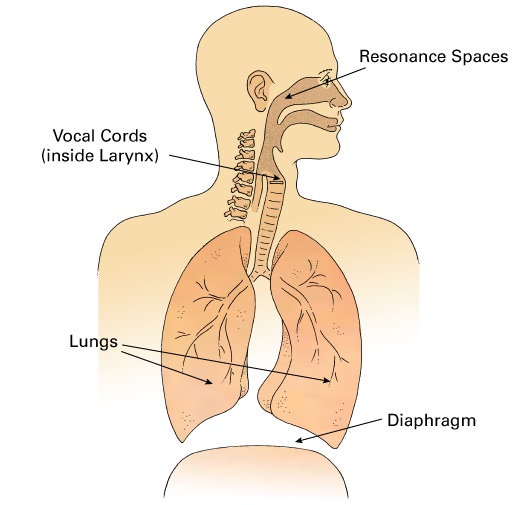 How do teeth come into play?

The penultimate conduit to singing is the way that the sound is manipulated as it travels through the oral cavity. This is accomplished by the mouth and throat. The final barriers are the lips and teeth. The way that your tongue and the air that expels from your mouth interacts with your teeth has a big effect on the sounds that you emit (for example, many people can not whistle because of the shape, size and positioning of their teeth).

The benefits of singing

From our earliest days we are introduced to singing as a method of communication. Mothers and Fathers instinctively sing lullabies to their babies. This practice, though instinctive, is also an important way that the brains of babies are prepared to process language.

Scientific research has shown that singing is good for your heart, increases the strength of the immune system and reduces cortisol levels in the blood stream (cortisol is the stress hormone).

Singing has been scientifically proven to be an effective line of defense against stress and depression. It has been shown to be of great help to people dealing with chronic pain. Singing has also been tied to increased life expectancy.

Singing is a great activity for your mental, spiritual and physical health. If you aren’t a great singer (most of us fall into this category) it may make you feel better to know that it is your brain that is inhibiting your ability to sing well, not your vocal cords. Whether you choose to attend vocal coaching sessions to improve your singing or not, you should lift up your voice in song. After all, the forest would be a very quiet place if the only birds that sang were the ones that sang well. 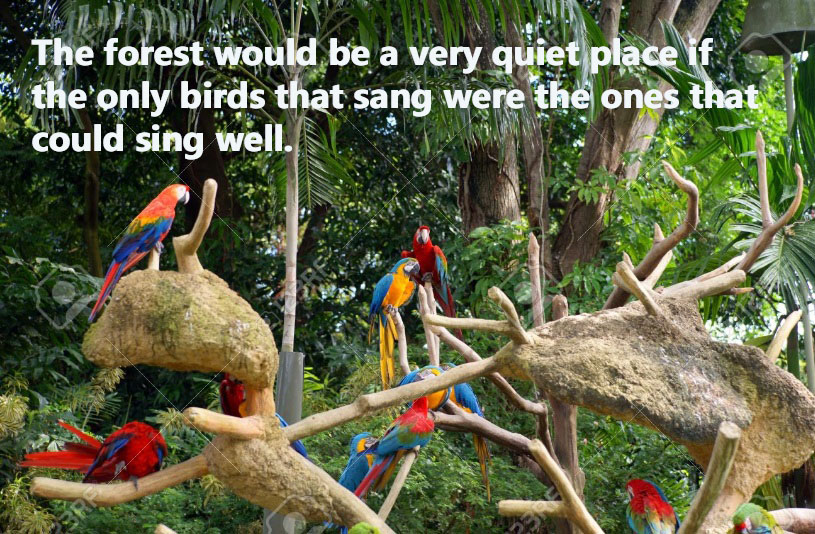