​The Politics of Smiling

During this season of United States Presidential politics, we will hear Presidential nominees from both the Republican and Democratic sides stating their positions on a myriad of issues facing the country. As voters, it is our responsibility to examine each of their positions with the utmost scrutiny and determine which candidate has the best vision for the nation. We must also consider whether the respective nominees have the ability to accomplish their stated goals.

The United States has one of the lowest per capita voter participation rates in the world. According to Fairvote.org, only 60% of the country’s eligible voters turn out for Presidential elections (local and state election participation percentages are far lower). Those who choose to vote take their choice very seriously. Within the 18 months leading up to a Presidential Election, national media coverage turns almost entirely to the day-to-day campaign events surrounding presidential hopefuls. Being that the United States Presidency is up for voting every 4 years, this means that more than 1/3 rd (approximately 37.5%) of this time is consumed with the race for the highest office in the land on a recurring basis.

The increase in television ratings backs up the media obsession with this election. According to U.S. News, the demand for advertising during presidential debates is so high that CNN charges 40 times its’ normal rate for a 30 second spot during the commercial segments that break up those events. People are clearly paying an extraordinary amount of attention when their potential leaders are pitching them on their platforms.

In 2009, John Antonakis and Olaf Dalgas published the results of groundbreaking research that revealed some interesting observations about the way that people analyzed political competitors. They found that when children with no knowledge of the political process were presented with pictures of opposing electoral candidates, they were able to determine the winner of the contest with surprising accuracy. Indeed, the level of accuracy achieved far exceeded what would be expected by mere chance (chance would be around 50/50 between 2 candidates).

They were then motivated to test adults in the same way. Adults are obviously more politically sophisticated than children. In order to circumvent any political bias, the researchers chose to show the adults pictures of candidates from small, lesser known elections. Some of these elections took place in far-away lands. The adult observations turned out to be just as accurate as those of the children.

Some troubling questions can be derived from the outcome of these experiments are:

As it turns out, the human mind is programmed to make split-second decisions about a person’s character and ability based off of brief visual encounters with a person’s face. This leads to make subconscious judgments about a person’s character without being presented with all of the facts. This may sound like a trivial observation, but it has wide ranging implications. This can lead to unfounded bias in situations that are of serious consequence, such as political campaigns and prison incarceration.

In experiments, people with round faces were viewed to be less competent than their peers with more prominent facial bone structures. Being that humans are born with soft features, it has been surmised that a round face is associated with youth and inexperience by the subconscious mind.

There were several other observations that were made:

-People that had prominent noses and large foreheads were viewed as being competent.

-Those with high eyebrows, wide eyes and small noses were rated as being docile.

-People with distinctive jawbones were considered to be domineering.

-Faces viewed as unenthusiastic and long were dubbed introverts.

-Faces that featured full cheeks with generally rounded features were considered to be extroverts.

-Those with clearly visible cheekbones, high eyebrows and smiling faces were considered to be worthy of trust. 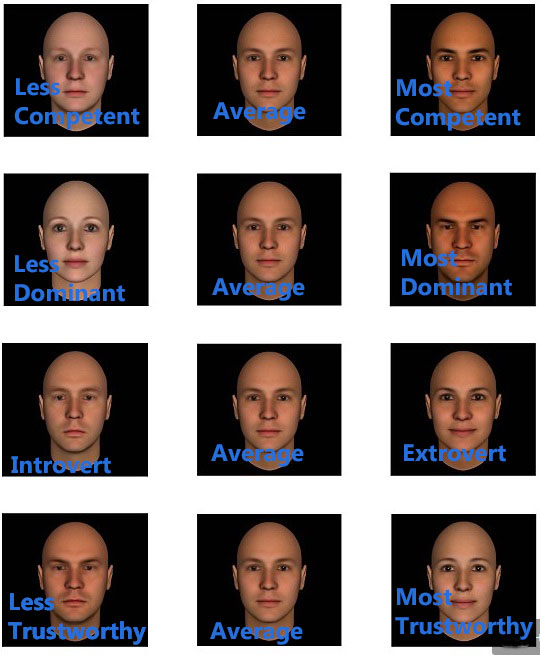 How this plays into politics

We can derive from this that above all, voters favor candidates that they believe have the personal qualities needed for success. The problem with this is that there is no correlation between competence and facial features!

Characteristics of a competent face

For some reason, people that possessed mature faces with large noses and foreheads are considered to be the most competent group of people in existence. These are the people that we feel most comfortable with in assuming leadership roles that will directly affect our lives. People with these facial features have an easier time being elevated into leadership positions. However, when their performance is compared with their counterparts that possess different facial characteristics; the outcome of their leadership does not reflect a higher rate of success than others.

Characteristics of a trustworthy face

Judging purely from a person’s picture, a smiling face with high eyebrows and prominent cheekbones has been shown to elicit trust from the majority of observers.

Approximately 75% of people polled view those with nice smiles as being more trustworthy than everybody else.

Based on research, the ideal political candidate should have a face with prominent bone structures and a healthy smile. Most of us will never do anything to change our facial features, but many of us elect to do things to improve and maintain a healthy looking smile.

Let’s take a look at Donald Trump and Hillary Clinton in the figure below. Which one of these two 2016 Presidential hopefuls do you think possesses the magic mix of facial features needed for political success? 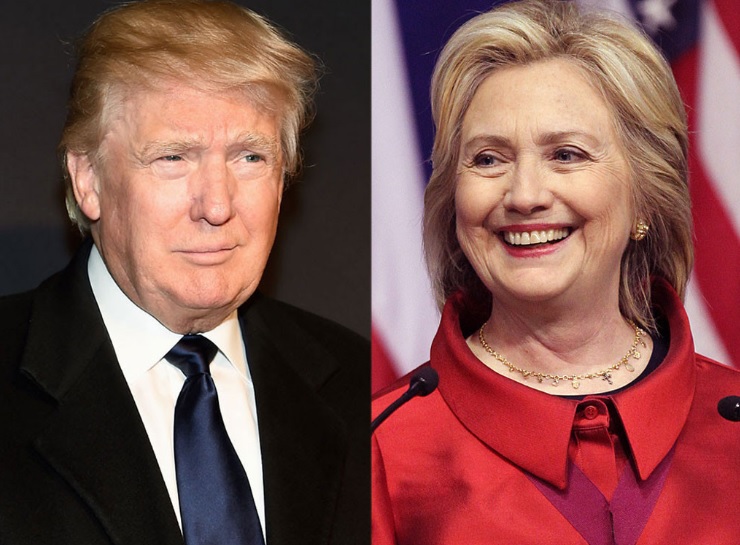 We will all find out soon enough.