Things to know about Friday the 13th 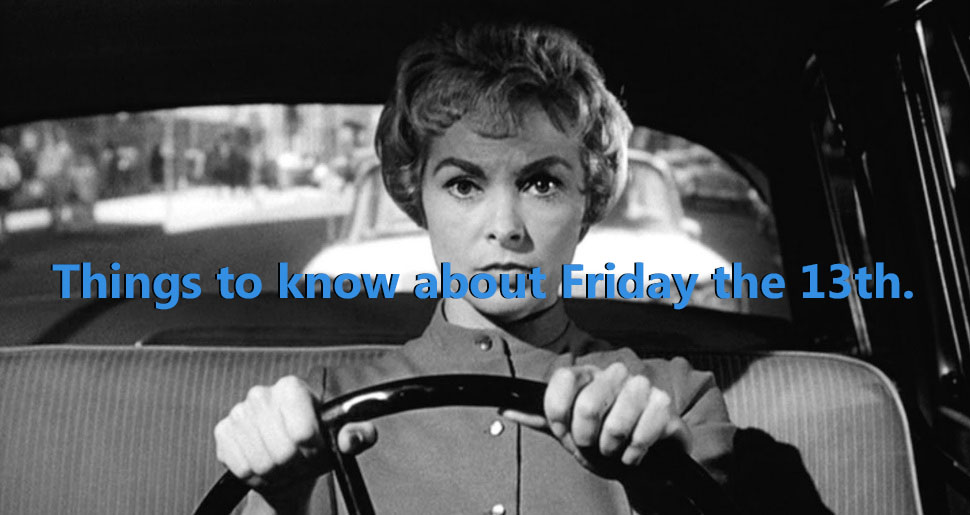 The number 13 has had a bad reputation for centuries. Some have referenced The Last Supper as the most famous example of the ominous nature of the number 13. The disciple who betrayed Jesus, Judas, was the 13 th person to take a seat at the table. The crucifixion of Jesus Christ is said to have taken place on a Friday (thus the celebration of Good Friday). This, coupled with the 13 people present at the last supper, give Friday the 13 th an added weight in scores of cultures. 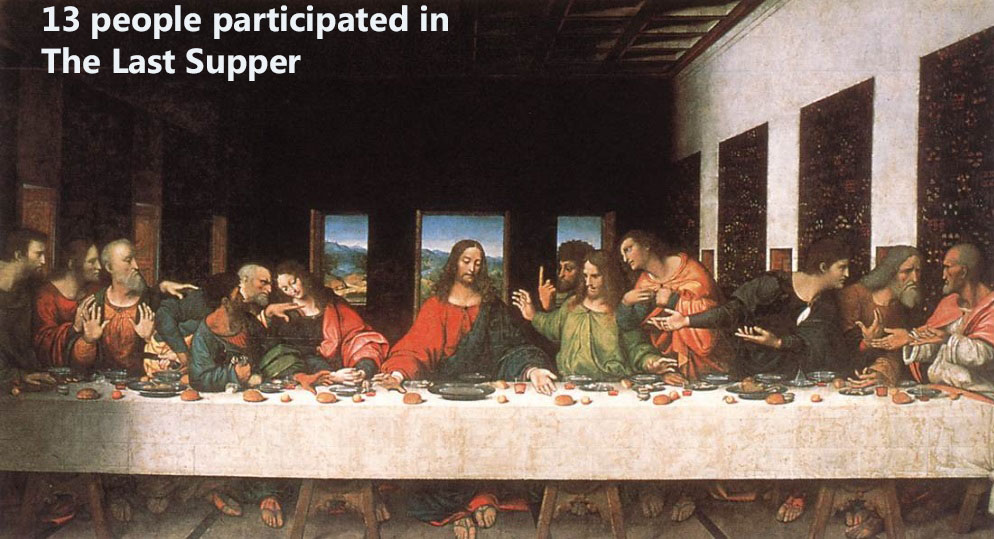 Significant events that took place on Friday the 13 th


The Knights Templar were decimated by mass arrests and executions on Friday, October 13 th, 1307. This singular event is often cited as the origin of the Friday the 13 th superstition. This was done by order of the French King, Philip IV.

Alfred Hitchcock was born on this day. Alfred Hitchcock directed more than 50 films during his career. He is often times referred to as “The Master of Suspense”. He was a storytelling genius and a trailblazer. His innovations in providing suspense and dramatic elements in his movies continue to be a mainstay in modern cinematic storytelling. 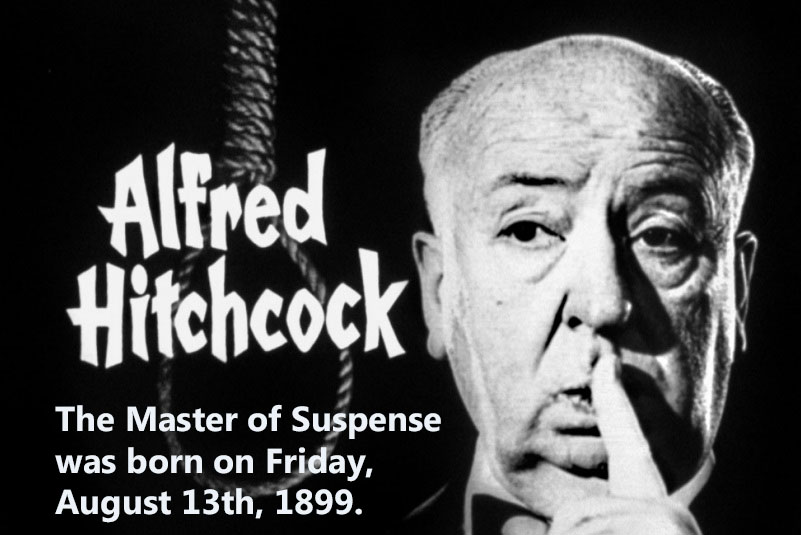 His most famous film is Psycho. Released in 1960, Psycho was not only a huge financial success but also a culturally significant movie. At the time of the writing of this article (56 years after Psycho debuted in movie theaters), a prequel television series based on Norman Bates (the main character from Psycho) called Bates Motel has just finished airing its’ fourth season and is slated to continue on into a fifth season. 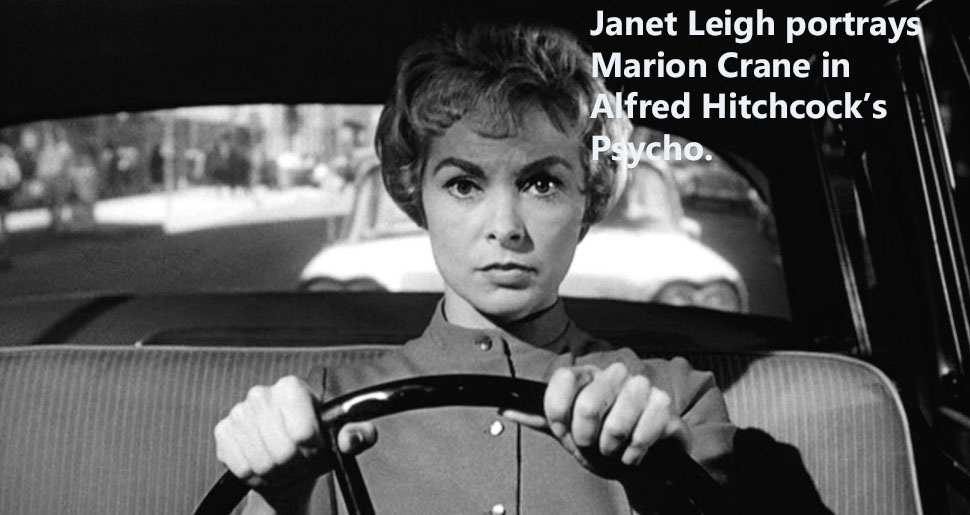 Psycho is part of the “A” list of The National Society of Film Critics’ 100 Essential Films.

Being that Alfred Hitchcock specialized in making films that induced a certain amount of dread in his audience, it seems fitting that he was born on Friday the 13 th.

Bangladesh suffered an unimaginable natural disaster when the Bhola cyclone killed approximately 500,000 people on Friday, November 13th, 1970. Though the Bhola cyclone occurred on Thursday, November 12 th - the storm surge that followed flooded the islands of the Ganges Delta on Friday the 13 th. It is the deadliest tropical cyclone ever recorded.

Uruguayan Air Force Flight 571 crashed in the Andes Mountains on this day. The survivors of the crash and the subsequent avalanche resorted to cannibalism for nourishment.

In 1993, the film Alive depicted their story on the big screen. 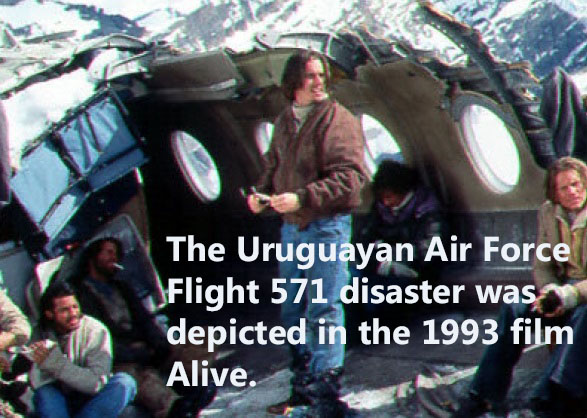 Referred to as “ Black Friday", this stock market crash is seen as the acute beginning of the recession that plagued the early 1990s. It marked a succinct ending to the robust economic environment of the booming 1980s. The resulting recession affected much of the world. In the United States, discount stores saw a significant increase in customers. As a result , in 1989 Walmart became the largest retailer in the United States. 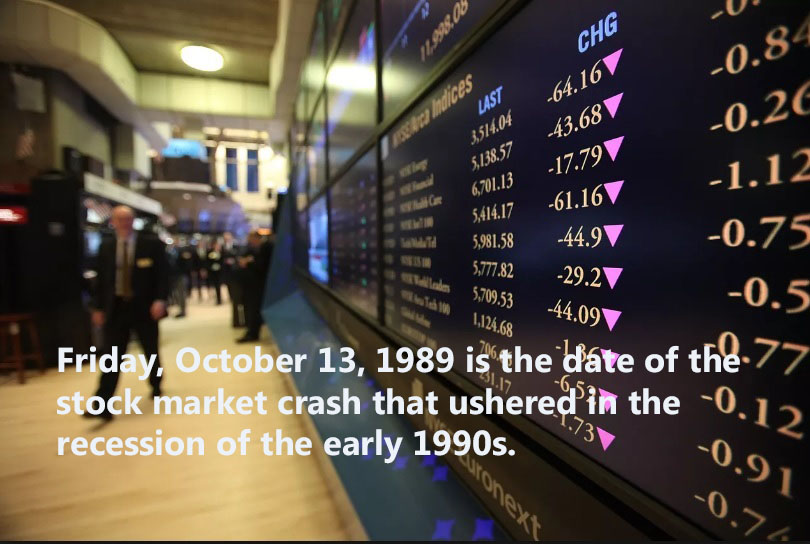 Black Friday triggered the worst worldwide economic collapse since The Great Depression. Unfortunately, the economic destruction of that time pales in comparison to the worldwide recession that began in 2008. The effects of which, at present time, are still felt around the globe.

Tupac Shakur died on this day. The legendary rapper was shot on September 7 th, 1996 while departing from the Bruce Seldon vs. Mike Tyson boxing event in Las Vegas, Nevada. He succumbed to his wounds six days later. 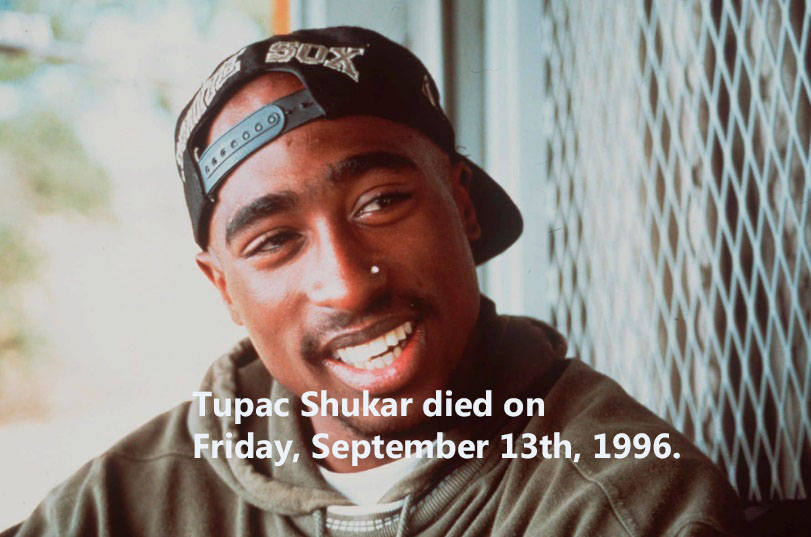 Friday the 13th in popular culture

The lore surrounding this date has given audiences all over the world a lot to sink their teeth into.

You may be aware that Friday the 13 th is a famous American Horror film series. The series is currently inclusive of 12 slasher films, merchandise, comic books, novels and a television show.

The series follows the exploits of Jason Voorhees. Jason, a young child, is believed to have drowned in a lake while at Camp Crystal Lake due to staff negligence. His mother seeks revenge for his death through the murder of counselors that she deems accountable. However, she is thwarted in her attempt to kill the final counselor when the intended victim proves resourceful enough to decapitate her attacker.

In the second film, Jason is revealed to be alive and proceeds to avenge his mother’s death.

Though Friday the 13 th has not received the critical and cultural accolades that Alfred Hitchcock’s Psycho has enjoyed, it is a testament to the power of the ominous legend of this day (and entertaining film presentations) that the franchise continues to produce original stories that viewers are interested in watching.

The only moon mission that did not meet with success was Apollo 13. Though the crew returned to Earth safely, they endured a harrowing adventure that was caused by an oxygen tank that exploded on board their spacecraft. 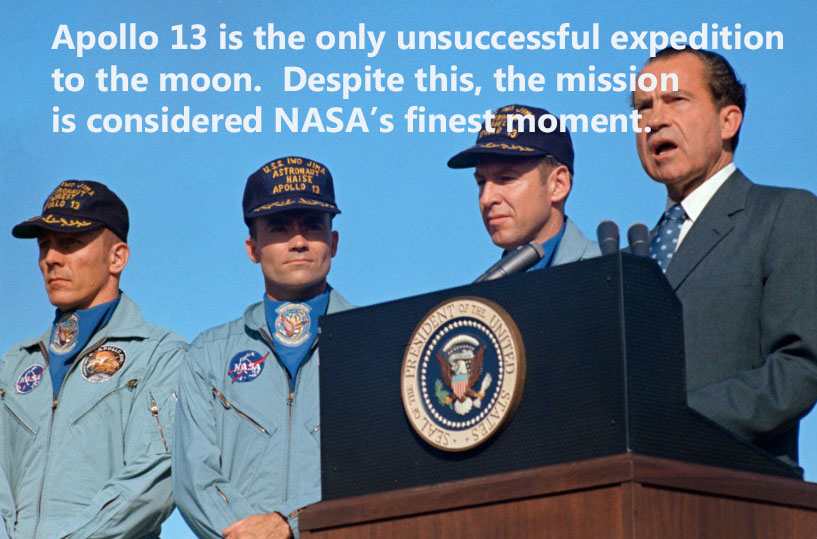 (One of the positives from the mission are that the crew of the Apollo 13 traveled 248,655 miles from Earth. To this day, that is the longest distance that human beings have ventured from our home planet.)

On this day Asteroid 2004 MN4 will come so close to the surface of the Earth that it will fly lower than many of the satellites that orbit the Earth.

At one time, astronomers thought that this asteroid may collide with the planet. However, in 2004 it was found that the asteroid is highly unlikely to crash into the surface of the Earth. Instead, millions of Earthlings will have the opportunity to see a sight that very few humans have been privileged to behold. The light created by the asteroid’s contact with the atmosphere will move across our skyline faster than most satellites. It will appear brighter than most stars.